Microsoft defends tablet: Not even Johnny Manziel's head can break it 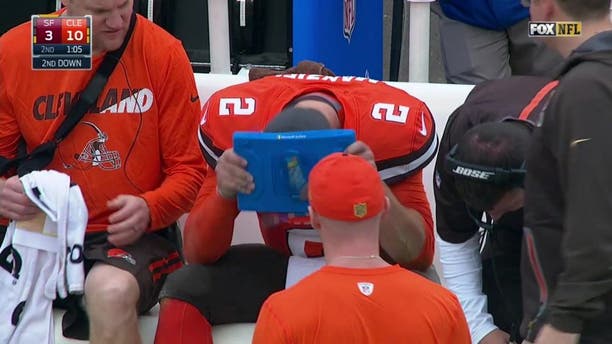 On Monday, New England Patriots head coach Bill Belichick said technical issues with the Microsoft Surface tablets used on the sideline are a "pretty common problem." Needless to say, Microsoft does not agree.

Yusuf Mehdi, the corporate vice president of Microsoft's Windows and Devices group, defended the Surface Pro 3 tablets in a blog post on the company's site. He pointed to a network issue as the culprit for the brief outage on the Patriots sideline during Sunday's AFC Championship game loss in Denver, while also pointing out that there hasn't been a single failure in the two years that the tablets have been in use. Then he offered a humorous testimonial for the Surface's ability to withstand abuse on the sideline:

As seen in this clip from earlier in the season, Manziel gave his head more than a few whacks with one of the tablets. While Mehdi may have a point regarding the Surface's durability, it sounds like Belichick wouldn't mind a return to the old way photos on paper.