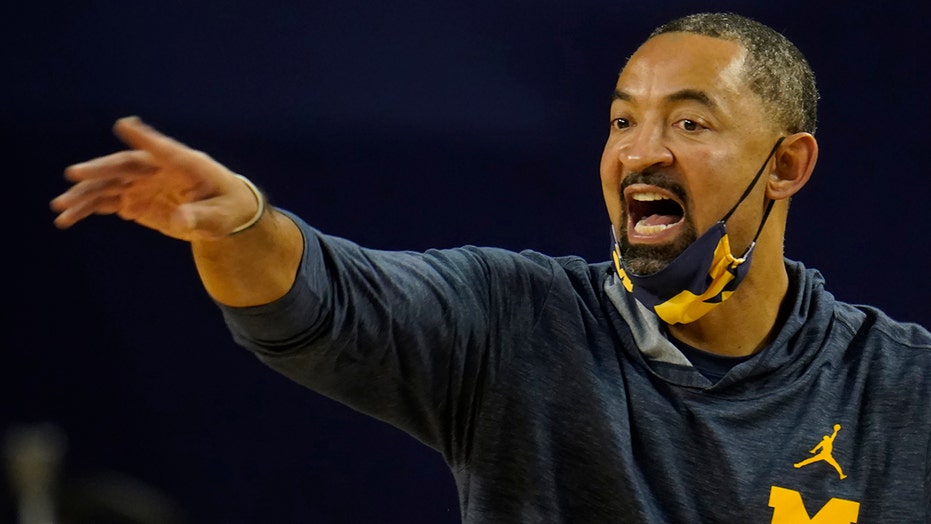 The former member of the Fab Five certainly had the coaching chops after spending six years as an assistant with the NBA's Miami Heat. The question was whether he would be able to recruit. He had never done it before and the list of former NBA players who flamed out as college coaches is a long one.

Turns out, Howard can recruit and coach.

Howard was named The Associated Press men's college basketball coach of the year on Thursday, receiving 35 of 63 votes from a national media panel. Gonzaga’s Mark Few was second with 16 votes, and Baylor’s Scott Drew and Alabama’s Nate Oats each received five.

"Coach Howard does an elite job," UCLA coach Mick Cronin said before his team beat Michigan in the Elite Eight. "He doesn’t do a good job. He does an elite job. When your team is as organized as they are on both ends and plays as physical and tough as they do, that is a reflection of their coach."

The 48-year-old Howard returned to coach his alma mater after John Beilein left for the NBA in 2019. He led the Wolverines to 19 wins before the 2019-20 season was canceled due to the coronavirus pandemic and took another, bigger step this season.

The Wolverines reached as high as No. 2 in the AP Top 25 and finished No. 4 after a 19-3 regular season. Michigan lost starting guard Isaiah Livers to a foot injury during the Big Ten Tournament and lost to Ohio State in the semifinals, but still had a good enough resume to earn a No. 1 seed in the NCAA Tournament.

The Wolverines reached the Elite Eight, but fell just short of their second Final Four the past three NCAA Tournaments with a 51-49 loss to UCLA.

"He’s a high-character dude who treats everybody like family, so to be able to see someone like that succeed when a lot of people doubted him— he put his name up there," Michigan senior guard Eli Brooks said. "It’s fun to play for Juwan and he’s a great guy, so I’m happy for him."

He's also proven to be an adept recruiter.

Howard's first class was tops in the Big Ten and No. 14 nationally, according to the 247 Sports composite. His 2021 class is ranked No. 1.

"As far as what Coach Beilein built, he did a phenomenal job and built a winning culture," Howard said. "The players he recruited were high character, excellent students, come from great families. The players that I recruited and joined the culture and my staff, what we’ve built thus far in the beginning stages has been beautiful."