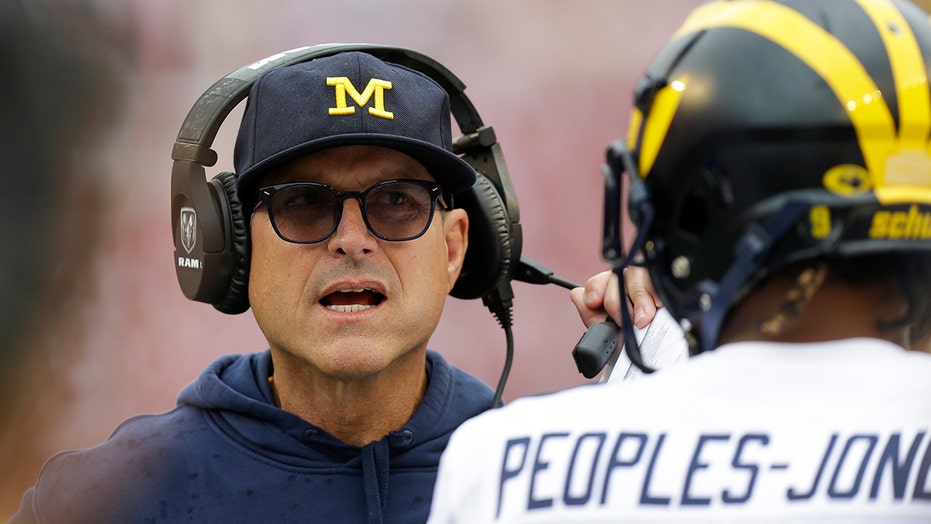 The brother of Michigan Wolverines quarterback Shea Patterson reportedly fired off a scathing Instagram post aimed at coach Jim Harbaugh after the team’s loss to Wisconsin over the weekend.

Patterson and the Wolverines were blown out by Wisconsin, 35-14, and moved down in the latest Associated Press Top 25 rankings from No. 11 to No. 20. The loss was enough for Patterson’s brother, Sean, to post a scathing Instagram message about Harbaugh.

MGoBlog – a Wolverines centric website – captured a screenshot of the expletive-laden message before it was apparently deleted.

“What a joke… u let this guy call plays [offensive coordinator Josh Gattis] and he’s never done it before… what a joke …he’s hot garbage absolutely terrible… and u continue to just let Harbaugh run Michigan as the head coach as he played there and was so absolutely average as a player… it’s unbelievable and ridiculous… u pay this mother f---er 10 million dollars to be absolute average …highway robbery ….he’s hot f-----g garbage … regarless of who is at Qb and who you want to keep the heat on the starting quarterback that’s fine….when it appears that a defense has absolutely f----g given up …. make the spin u want… my bro is a baller and will be a G in the NFL cant f-----g wait.”

Michigan is 2-1 this season with wins over Middle Tennessee State and Army. It doesn’t appear Michigan is close to letting Harbaugh go any time soon.

As far as Patterson’s draft prospects, the senior has 629 passing yards, five touchdowns, and one interception this season.