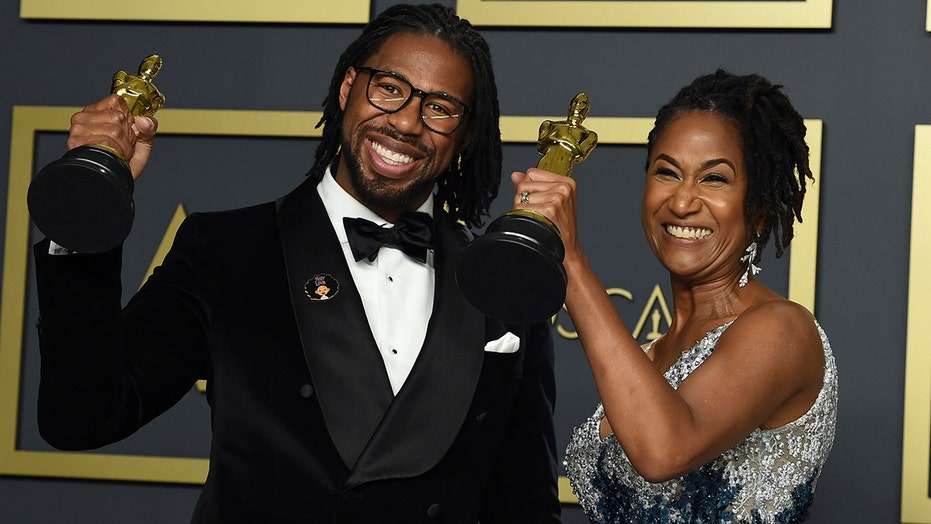 Matthew Cherry, who glory eluded while he bounced around the NFL trying to make it as a wide receiver, hit Hollywood's version of paydirt Sunday when he won an Oscar for a heartwarming, short film he wrote and directed.

Cherry, 38, won an Academy Award for his short animated film “Hair Love,” a movie was about an African-American father who was trying to style his daughter’s hair for the first time. The six-minute film puts a positive representation for black kids and normalizes black hair.

Cherry dedicated the win to the late NBA legend Kobe Bryant – who won an Oscar in the same category for his film “Dear Basketball” in 2018.

He tweeted what his full speech would have been if he had more time up on the stage to accept the award.

He told the Associated Press in an interview before the Academy Awards that he wanted to win to give a shout out to Bryant.

Matthew A. Cherry, left, and Karen Rupert Toliver, winners of the award for best animated short film for "Hair Love", pose in the press room at the Oscars on Sunday, Feb. 9, 2020, at the Dolby Theatre in Los Angeles. (Photo by Jordan Strauss/Invision/AP)

“It’s hard as an athlete trying to transition into a different career,” he told The Associated Press on Jan. 31. “So often, you get told to stick to sports. You tell people what you want to do and they’re like kind of whatever and brushing you off. I think to make it to this level and being in the same category as him, it’s just all really kind of crazy. I really just want to represent for him.”

Cherry was a standout wide receiver at the University of Akron before attempting to play in the NFL. He spent time on the rosters of the Cincinnati Bengals, Jacksonville Jaguars, Carolina Panthers and Baltimore Ravens before switching lanes in 2007.