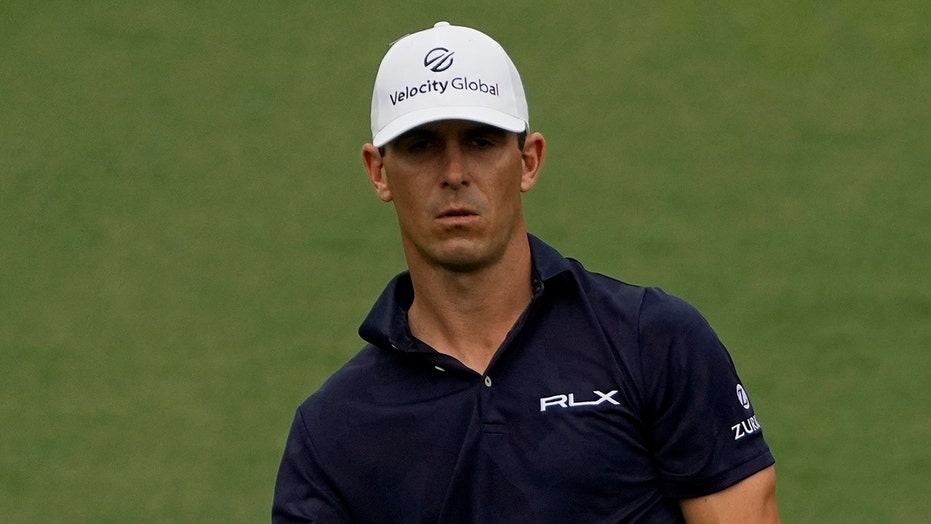 Golfer Billy Horschel gave the phrase "your a--s is grass" a new meaning at the Masters on Saturday.

Horschel was working the 13th hole at Augusta National Golf Course when his tee shot on the par-5 went into the pines. His second shot then sailed into some water right before the green. Instead of taking a penalty, he decided to hit the ball out of the tributary of Rae’s Creek.

He removed his golf shoes and socks and rolled up the legs of his white pants.

As he inched down the slope, Horschel took a tumble and fell right on his bottom.

Horschel had a bit of a stain on his butt and turned around to get an assessment from Phil Mickelson. The incident drew some laughs from the crowd as well.

He managed to get out of the water trap and two-putted for par.

He was among the golfers trying to play catch up as the third round of the Masters started. The 34-year-old was toward the bottom of the leaderboard with the leaders getting ready to tee off in the afternoon.

Justin Rose owned a one-stroke lead going into the third round Saturday. Jordan Spieth, who won the 2015 Masters, was hanging around tied for fourth place before the round started.