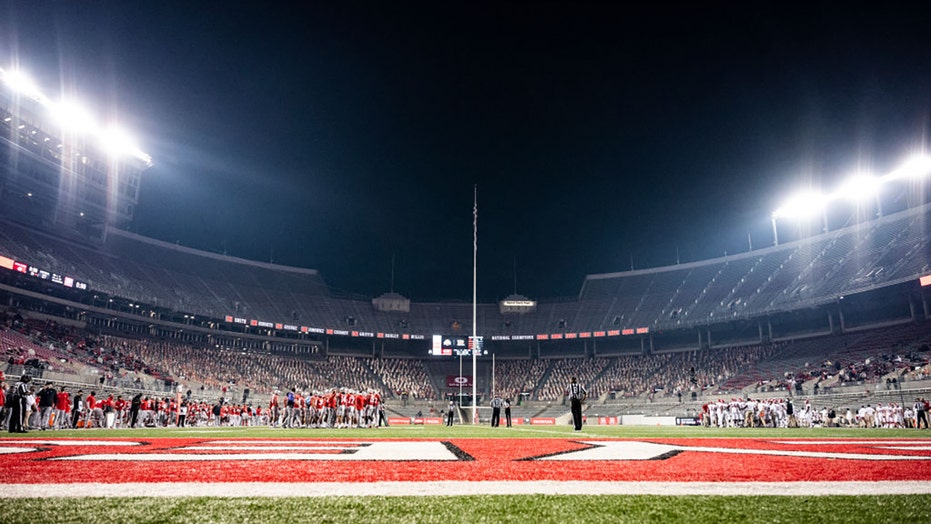 A massage therapist had sex with five Ohio State football players after offering them a rub down, a report said.

The 41-year-old woman’s sexual therapy sessions came to light after a complaint was made against her with the Medical Board of Ohio in March 2020, according to a university report obtained by USA Today.

The complaint alleged the unidentified woman sought out Ohio State football players, offering them free massages in order to segue into sex that she would demand payment for.

A general wide view of Ohio Stadium during a regular-season game between the Ohio State Buckeyes and Rutgers Scarlet Knights on November 7, 2020, in Columbus, Ohio. (Photo by Benjamin Solomon/Getty Images)

A year later, an investigation began by a law firm hired by the university, which involved interviewing 117 current and ex-players and 44 active and former coaches and staffers to determine if crimes or NCAA violations were committed.

A majority of the interviewed players, 83, had never heard about or interacted with the massage therapist.

But 20 players received regular massages from her, and five others had consensual sex with the woman.

According to the report, no coaches or their staffers knew of her.

Ohio State said the investigation did not uncover any crimes or NCAA violations.

"The investigation found no evidence that the massage therapist is or was acting on behalf of an agent or any particular person or entity in professional or collegiate sports, much less on behalf of OSU athletics," the report said.

"Rather, the facts indicate that she seemed to be acting for her own sexual gratification and that she acted alone."

In order to avoid a separate state investigation, the woman on March 22 agreed to give up her license, the report said.