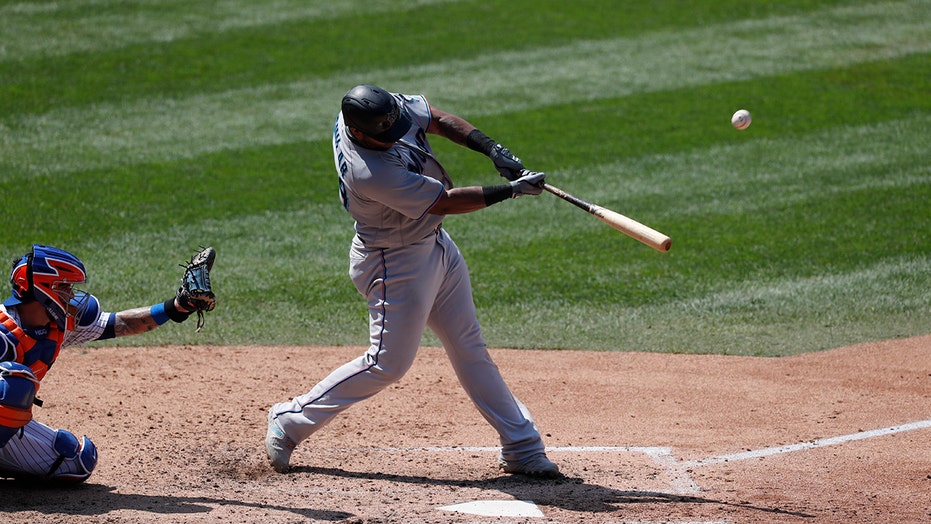 If you wanted chaos in this abbreviated baseball season, you’re already getting it. The question is: How long it will last?

If the playoffs started Monday, the Marlins and Tigers would be in, while last year’s pennant winners — the Nationals and Astros — would not. It still feels early, but some teams have played over a quarter of their 60-game schedules.

Now for the reality check: Even after their impressive starts, Miami and Detroit have a long way to go.

According to FanGraphs, the Marlins (7-3) still have only a 22.9% chance of making the 16-team postseason field. The Tigers (8-5) have a 32.4% chance. So while a good start could mean more than usual this season, heavy underdogs still have a lot to prove.

Miami was quite a story this past week. After finally returning from their layoff brought on by a coronavirus outbreak, the Marlins promptly won their first four games back. That franchise has never won a division title and also has never lost a postseason series, so if the Marlins take advantage of the expanded playoffs this year, it would feel oddly appropriate.

Detroit is hoping for big things from its pitching prospects in the years to come, and promoting right-hander Casey Mize — the No. 1 pick in the 2018 draft — could give the Tigers a boost this season.

A word of caution, though: Miami’s run differential is plus-4, and Detroit’s is even. They’ve surprised, but hardly dominated.

As for the Astros and Nationals, Houston (6-9) still has an 80.3% chance of making the playoffs according to FanGraphs. Only Oakland has gotten off to a good start in the AL West. The Astros are already 5½ games behind the first-place Athletics, but second place also secures a postseason spot this year.

The Nationals haven't been as fortunate. They're last in the NL East, and their playoff chances are down to a near coin flip — 51%.

The Marlins won the World Series in 1997 and 2003. Name the only team they beat in both of those postseason runs.

The shortened schedule this year led to some speculation that someone might be able to hit .400. But even at this early stage, only two qualified hitters are above that mark: Charlie Blackmon of the Rockies is at .458 and Donovan Solano of the Giants is at .455.

There’s no similar ERA benchmark that pitchers necessarily shoot for, although it’s worth pointing out that only Trevor Bauer of the Reds (0.93) and Chris Bassitt of the A’s (1.08) are below 1.12 — the ERA that Bob Gibson famously put up over a full season in 1968.

It’s not unusual to see a ball bounce off an outfielder’s glove and over the wall for a home run, but Nick Solak of the Rangers hit a flyball Sunday that was so routine that it was scored a four-base error when it caromed off the glove of Angels outfielder Jo Adell and over.

LINE OF THE WEEK

Dylan Bundy of the Angels struck out 10 in a complete game victory over Seattle on Thursday. He allowed four hits in a 6-1 win. Bundy has struck out 25 and walked two in his first three starts.

The Marlins beat the San Francisco Giants in the Division Series in both 1997 and 2003. The 2003 series ended when Jeff Conine threw J.T. Snow out at the plate, with Ivan Rodriguez holding onto the ball in a collision at home.