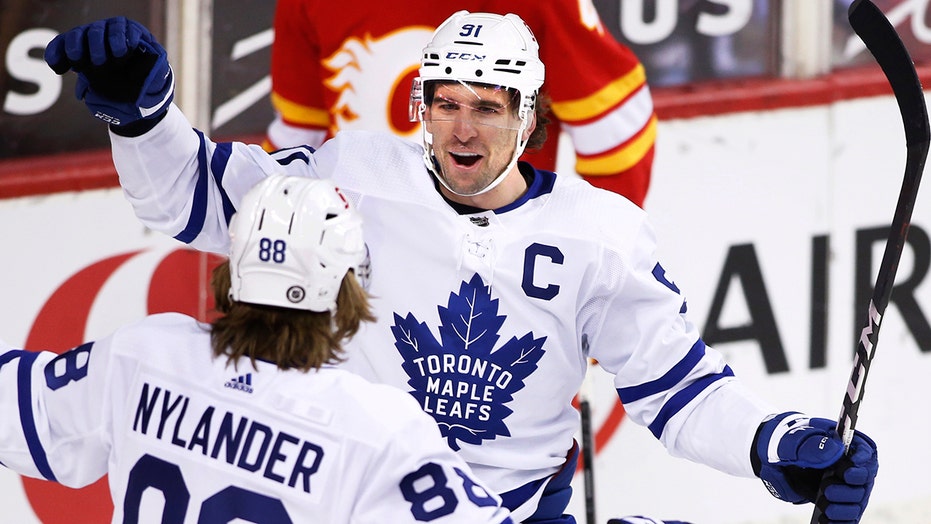 Toronto Maple Leafs center John Tavares was spotted at the Scotiabank Arena on Thursday morning skating about a week after taking a devastating hit to the head during the series against the Montreal Canadiens.

Tavares didn’t appear to be hampered by any issues while he was seen gliding from one end of the rink to the other. According to TSN, he went through some drills along with his skating. He was also at the team’s facility on Wednesday joining his teammates who were getting some treatment.

"We're very happy to see him; he's in good spirits, he looks healthy," Maple Leafs defenseman Justin Holl told reporters, via TSN. "He's got a couple things to work through before he's ready to go in game shape but it's really an encouraging sign to see him here and good for our team emotionally and mentally."

Tavares was injured in Game 1 of the team’s first-round series against the Canadiens last week. He took an inadvertent shot to the head from Canadiens skater Corey Perry.

He went down hard and was hospitalized and later diagnosed with a concussion.

Perry expressed his astonishment with what transpired in the post-Game 1 press conference.

"He got hit and I was coming out of the zone," Perry said, via NHL.com. "He fell and I tried to jump over him and unfortunately I caught my knee on his head. I don't know what else to do there. I know Johnny pretty well. I just hope he is OK."

He added: "I felt sick to my stomach when I saw it. It was a scary situation. I'll reach out to him and talk to him and hope he's OK. [Maple Leafs forward Nick Foligno] came up to me and said, 'Let's just settle this now, let's not wait.' You've got to do what you've got to do.’"

Since then, the Maple Leafs have taken a 3-1 advantage in the series. Toronto could move onto the next round with a victory Thursday night.