Man City defender Kompany set for another month out 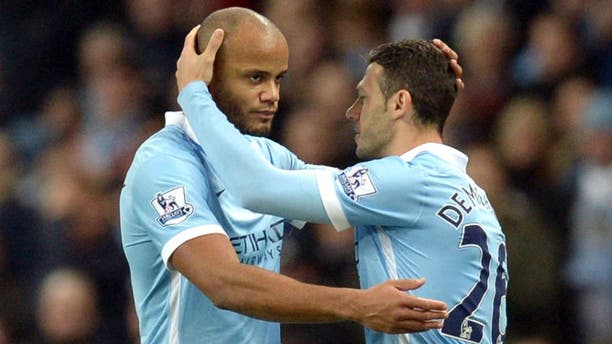 Vincent Kompany is set for another month on the sidelines after Manchester City boss Manuel Pellegrini confirmed the defender had suffered a second degree tear in his calf.

City kept their first clean sheet of the season without Kompany in their 0-0 draw with Leicester at the King Power Stadium on Tuesday, with Pellegrini confirming the news in his post-match press conference.

The Belgian defender has started just eight Premier League games this season and was forced off in City's 4-1 win over Sunderland at the weekend just 10 minutes after coming on as a substitute.

"Vincent has an injury, second degree on his calf so we'll see how many weeks he will be out, I don't think less than three or four weeks," Pellegrini said.

"It is not the same injury - the same calf - but in a different part.

"I am not a doctor but normally with a muscle injury less than three or four weeks is very difficult, especially on the calf."

Pellegrini's side remain without an away win in six league outings since a 1-0 victory at Crystal Palace on September 12.