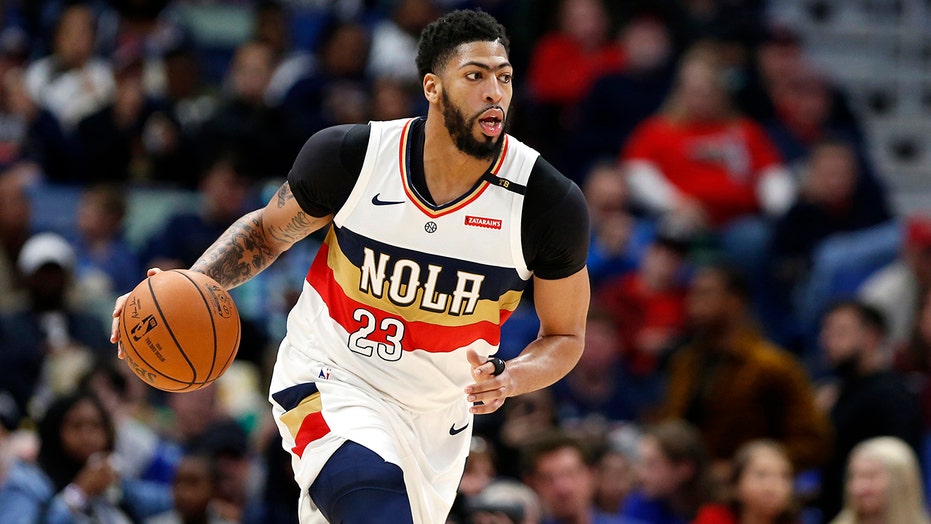 Magic Johnson appeared to try and bury the hatchet with the Los Angeles Lakers front office after the team reportedly acquired Anthony Davis in a trade with the New Orleans Pelicans.

Johnson, who most notably aired out his beef with Lakers general manager Rob Pelinka in an ESPN interview, congratulated Lakers co-owner Jeanie Buss and Pelinka in separate tweets.

“Laker Nation, you wanted the great Jeanie Buss to step up and bring a championship team back to LA and she’s doing just that!” Johnson initially wrote in a tweet.

Johnson was the team’s president of basketball operations before stepping down in April. Last month, he appeared on ESPN’s “First Take” and said he left the team because he was tired of all the “backstabbing.”

“If you're going to talk betrayal, it's only with Rob,” Johnson said. “But, again, I had to look inside myself. I had been doing that for months. Because I didn't like that Tim Harris [Lakers executive] was too involved in basketball. He's supposed to run the Laker business, but he was trying to come over to our side. Jeanie [Buss has] gotta stop that. You gotta stop people from having those voices.”

The Lakers appeared to have set themselves up to be reloaded for an NBA championship run.

According to ESPN, the trade cannot be completed until July 6 at the earliest because of salary cap reasons. The Lakers could wait until July 30 to complete the deal in order to have enough salary-cap space to sign a high-level free agent.

Davis has played seven seasons with the Pelicans and has made the All-Star team six times. He has also been named to the All-NBA team three times and was on the All-Defensive team three times.