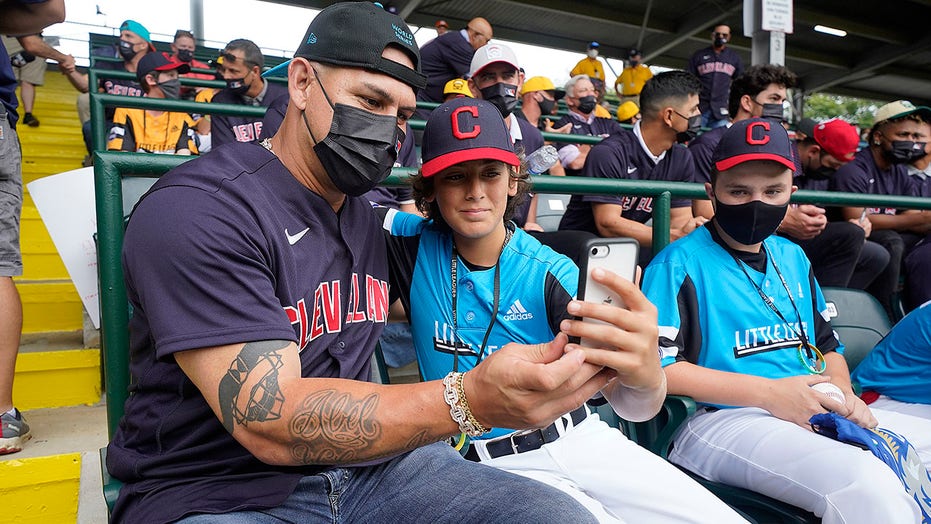 Players at the Little League World Series this year may not be playing live in front of crowds of thousands, but they have some major league fans.

Former Little League star and free agent third baseman Todd Frazier was in the stands Tuesday as he cheered on his nephew, Carson Frazier, who was playing amid COVID-19 restrictions for the same Toms River, New Jersey, team that Frazier led to the tournament title in 1998.

Retired catcher Jason Kendall, like Frazier a former major league All-Star, has tweeted support for his favorite team, as well. "Shout out to the boys from my hometown, Torrance Little League," Kendall wrote, referring to California's team at the tournament. "Proud of you guys. I’m watching every pitch and rooting for you to bring back a championship."

The pipeline from the Little League World Series to the majors began with Boog Powell, who played for the Orange, Florida, Little League team in 1954. He went on to win two World Series titles with Baltimore and the American League MVP with the Orioles in 1970, highlights of a productive 17-year career. Since then, a parade of major league All-Stars and MVPs has come through South Williamsport, including Gary Sheffield, Jason Varitek, Cody Bellinger and Lance Lynn.

Starting in 2017, MLB has played the Little League Classic in Williamsport during the tournament, with Little Leaguers in attendance.

On Sunday, members of the Cleveland Indians and Los Angeles Angels arrived at the Little League complex ahead of their game. While the big leaguers were expected to remain in the stands to watch some of the action, an unexpected rain delay in the game between Hawaii and Nebraska changed their plans.

Mike Trout headed to the Nebraska dugout, while Angels players Kurt Suzuki and Kean Wong, both natives of Hawaii, took the opportunity to visit the Honolulu team.

"It was a wonderful surprise for the kids," Hawaii manager Brandon Sardinia said. "It was great to have somebody from our state that they recognize to talk to and ask questions. He had a lot of great advice for the kids, like how to prepare after rain delays."

Nebraska manager Dustin Rader said the rain delay couldn’t have worked out any better. "That was just another reason why these guys will remember this game forever," he said.

Oakland Athletics reliever Yusmeiro Petit played for Venezuela’s team in the 1994 Little League World Series. He was excited for the competing players this year, but sorry the international teams did not get the chance to play, as he did. Travel restrictions enacted because of the pandemic have limited this year’s tournament to U.S. teams only.

"It’s so special for a kid who is 12 years old, and I have some special memories," he said. "It’s a nice stadium and city. It’s great that the Little League World Series has the chance to be played in the United States. I’m sorry for the other countries that can’t come here and play because of the COVID situation."

Mark Rodgers, manager of the Palm City, Florida, Little League team is also a major league agent. Rodgers said he has used the story of one of his clients, Orioles first baseman Trey Mancini, to motivate his players. Mancini was diagnosed with colon cancer in 2020. After recovering from chemotherapy, he competed in the final round of the Home Run Derby in July.

"He’s become our ambassador, we’ve Zoomed with him several times," Rodgers said. "I used him as an example of overcoming adversity. ‘Baseball is not about living and dying, having colon cancer is about living and dying. Baseball has got to be fun.’ That’s the message that Trey gave to these kids."