Liverpool boss not rushing to make signings before deadline 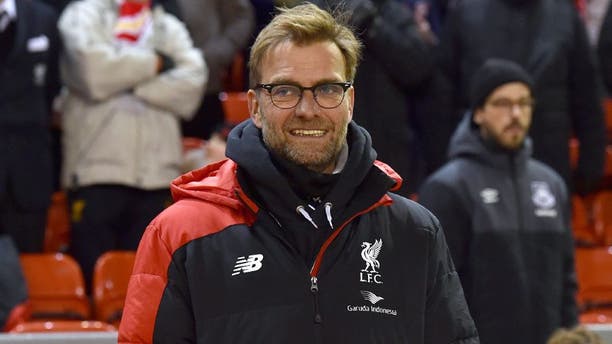 LIVERPOOL, ENGLAND - JANUARY 30: (THE SUN OUT, THE SUN ON SUNDAY OUT) Jurgen Klopp manager of Liverpool reacts during The Emirates FA Cup Fourth Round between Liverpool and West Ham United at Anfield on January 30, 2016 in Liverpool, England. (Photo by John Powell/Liverpool FC via Getty Images)

Jurgen Klopp does not plan to rush into the transfer market despite Liverpool's crowded fixture list after the Reds earned an FA Cup replay with West Ham.

Klopp made 10 changes from the midweek shoot-out victory over Stoke, but the Reds failed to break down West Ham's defense despite several second-half opportunities.

Having already played eight times in 2016, the draw sets up another game for Klopp's side with the Europa League set to resume next month too, but the Liverpool manager does not intend to add to his squad before Monday's deadline despite the lengthening fixture list.

"It should not be the reason [to sign players], one game more," Klopp told the club's website. "Since the last game against West Ham, we have had three or four games more. But we could rest the team that played against Stoke.

"They had today off and that's good, so we will again have fresh legs against Leicester. That's the good news. In this moment the draw doesn't feel too brilliant, but when we go to West Ham, we will see the chance to go into the next round again.

"It's an intensive time. Hopefully, one player or other will come back from injury in the next few weeks and then we'll have enough players.

"For what happens in the transfer market, you have to wait in the next 48 hours and we will see if something happens or not."

The Reds currently have eight fixtures scheduled for February, although the Merseyside derby is likely to move as it clashes with the Capital One Cup final against Manchester City on February 28.

With FC Augsburg on the horizon in the Europa League as well, Klopp joked that Liverpool might have to play two games in a day to make it work.

"As I said, hopefully a few players come back from injury. For Dejan Lovren tonight, it was very important that he could play and he did really well."

As he did against Exeter in the third round, Klopp gave opportunities to several academy products, including Kevin Stewart, Cameron Brannagan and Brad Smith from the start, and Jerome Sinclair and Sheyi Ojo from the substitutes' bench.

And the Liverpool manager was pleased with his side's efforts in difficult conditions.

"The wind was an issue tonight - you cannot believe the difference between sitting in the stand and standing on the pitch with wind," he continued.

"This young team did really well. They have not played too often together, of course, and they did well. We defended well and had a good structure in the game.

"We made chances and played bravely, that was really good. At the end, it's a draw, with bigger chances for us I think. But it's only one part of the game, we should have used them and scored in one or the other situation."