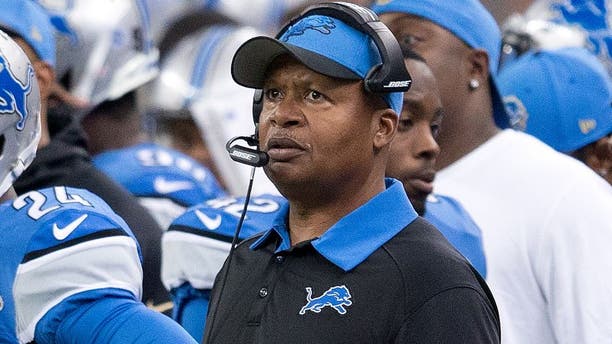 DETROIT, MI - OCTOBER 25: head coach Jim Caldwell of the Detroit Lions looks on from the side line during the second half of the game against the Minnesota Vikings during an NFL game at Ford Field on October 25, 2015 in Detroit, Michigan. (Photo by Dave Reginek/Getty Images)

ALLEN PARK, Mich. -- Lions coach Jim Caldwell says the Detroit media is the most negative of any place he's been as his team scuffles along at 1-7.

Caldwell didn't sound upset or confrontational when he made that characterization Tuesday, but he said matter-of-factly that the negativity is noticeable. He also said criticism doesn't bother him, and it's up to the team to prevent the negativity from affecting the atmosphere.

The Lions lost 45-10 to Kansas City in London last weekend. The team's terrible start has led to speculation that major changes could be on the way -- Detroit fired three offensive assistants last week.

The Lions have an open date this week before playing at Green Bay.