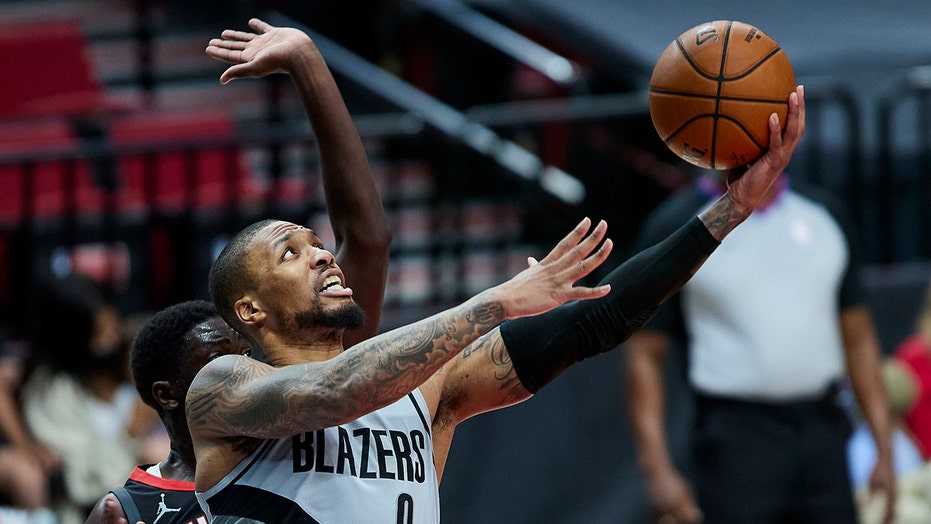 Damian Lillard had 34 points and nine rebounds, and the Portland Trail Blazers raced to a 140-129 victory over the Houston Rockets on Monday night.

McCollum finished with 28 points and Norman Powell also scored 28 for the Blazers, who never trailed as they moved within one-half game of fifth-place Dallas in the Western Conference.

"I see some stuff on Twitter, it’s just too hard to think of all the possibilities," McCollum said about potential playoff scenarios. "Then you see who won and who lost. We need two more games to see where everything is going to be at. I think after our back-to-back we will have a better idea of where we will be."

"I love it," Powell said of Portland’s final stretch of games with playoff seeding implications. "We control our own destiny and I love that. I’ve been a part of that in Toronto multiple times, even in the playoffs, it’s nothing new to me. I’m looking forward to these last three games."

Houston withstood Portland’s early barrage and chipped away at the lead. A 3-pointer by Armoni Brooks got the Rockets within five with 9:13 left, but Lillard’s 3-pointer put the Blazers back up by double digits with 7:18 remaining.

The only regret for the Blazers was their deep reserves weren’t able to get into the game sooner.

"We talked about it, we wanted the young guys to get some burn," Powell said. "I was bummed a little bit. I was talking to (Carmelo Anthony) about these moments and relishing them later in the season when I was younger. When I was a second or third-year player, using these moments to carve out a role. I was disappointed we couldn’t get the young guys some more minutes."

Rockets: Were without a host of key players, including Christian Wood. ... DaQuan Jeffries was called for a flagrant-1 foul against McCollum in the third quarter.

Rockets: At the Los Angeles Lakers on Wednesday night.

Blazers: At Utah on Wednesday night.