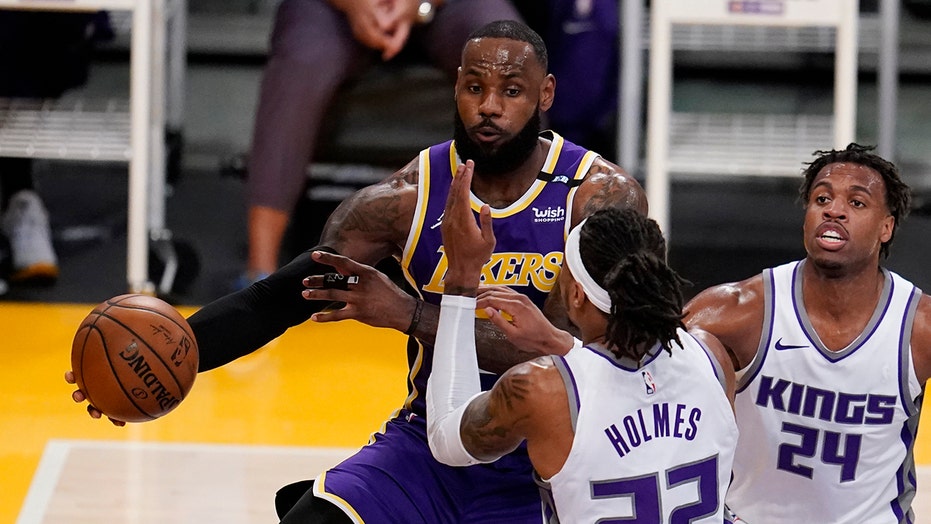 The Los Angeles Lakers struggled during the season when LeBron James and Anthony Davis both went out with injuries, and after a loss to the Toronto Raptors on Sunday the team could be facing a play-in tournament to stay in the postseason.

"Whoever came up with that s—t needs to be fired," James said, via ESPN.

It was only a little over a year ago when the Lakers superstar touted the idea.

"One thing you can't just do is go straight to the playoffs, because it discredits the 60-plus games that guys had fighting for that position," he said in March 2020 on the "Road Trippin" podcast. "You got Portland. You got Memphis...New Orleans and Sacramento tinkering around there...so if there's five or 10 games left...why not those guys battle it out? Make them play each other all five games?"

The remarks were made when the NBA was shut down due to the coronavirus pandemic.

LEBRON JAMES UNCERTAIN HE'LL EVER BE 100% HEALTHY AGAIN: 'IT'S IMPOSSIBLE'

James missed 20 games during the 2020-21 season due to an ankle injury. He said earlier in the weekend he thought it would be "impossible" to get back to 100%.

He was held out of part of Sunday’s game after a flare-up.

"I definitely want to get healthy. Not only for myself, but for our team," he said. "I need to make sure my ankle is where it was before the injury. I've got to be smart with it."

Los Angeles has lost seven of its last nine games with eight games remaining in the regular season. The team has six games against Western Conference opponents and will end the season against the New Orleans Pelicans on May 16.

New Orleans is just on the outside looking in. The team is two games back of the San Antonio Spurs for the final spot in the play-in tournament.