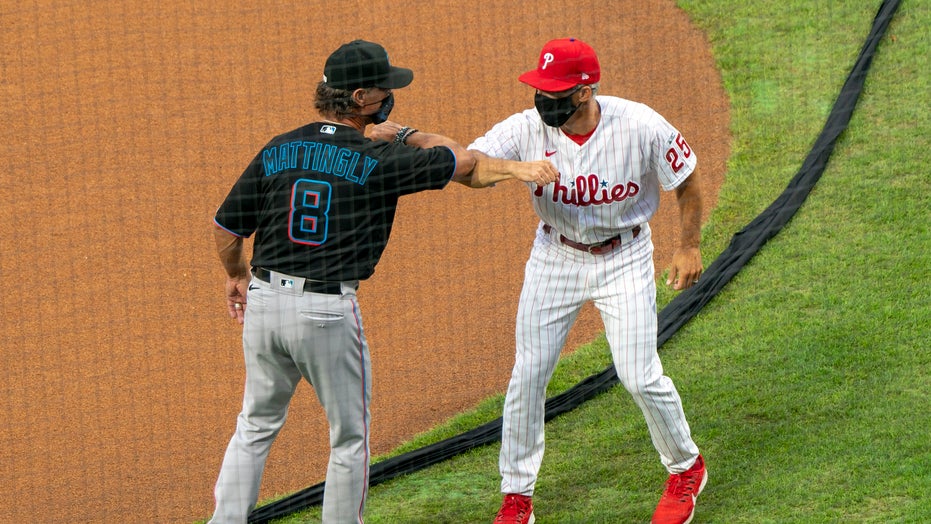 Long regarded as one of baseball’s bright young minds, Cash guided Tampa Bay to an AL-best 40-20 record during the pandemic-shortened season. But he was roundly criticized for pulling ace left-hander Blake Snell in the sixth inning of the decisive Game 6 in the World Series against the champion Dodgers.

Voting by the Baseball Writers’ Association of America concluded before the beginning of the playoffs. Rick Renteria, who was let go by the White Sox after the team made the postseason for the first time since 2008, finished second, followed by Toronto’s Charlie Montoyo.

Mattingly guided the Marlins to their first playoff appearance since 2003 despite dealing with a COVID-19 outbreak that paused their season and ravaged the roster.

The Marlins’ 31-29 record was Mattingly’s first winning season in his fifth year with the club. The former big league first baseman had a winning record in each of his five seasons as the manager of the Los Angeles Dodgers.

“They’re just different. The first one feels personal and this one feels more like a team thing," Mattingly said, "and that’s why I’m proud of it because we’ve struggled for a couple years and for us to move forward is important, and I think this is a sign that we’re heading in that direction.”

San Diego’s Jayce Tingler finished second behind Mattingly in balloting by the BBWAA, followed by David Ross of the Chicago Cubs.

Tingler and Ross led their teams to the playoffs in their first seasons as a big league manager.

The Cy Young Awards will be announced by the BBWAA on Wednesday night, followed by the MVPs on Thursday.

After losing 105 games a year ago, Miami’s 2020 season was nearly derailed by a coronavirus outbreak during the first weekend of play. The team had to make 174 roster moves but still managed the franchise’s first winning record since 2009.

The steady hand of the 59-year-old Mattingly played a big role in the turnaround, which continued in the playoffs. Miami eliminated the NL Central champion Cubs in the first round before it was swept by the Atlanta Braves in the NL Division Series.

Cash, who turns 43 on Dec. 6, hit .183 with 12 homers and 58 RBIs in 246 major league games as a catcher for five teams, including Tampa Bay. After his playing career ended, he worked as an advance scout for Texas and Toronto before joining Terry Francona’s staff in Cleveland as the bullpen coach.

The Tampa, Florida, native and Florida State alum was hired as Tampa Bay manager the day before his 37th birthday. He finished third in balloting for AL Manager of the Year in each of the past two seasons. He is the franchise’s first winner of the award since Joe Maddon in 2011.

Tampa Bay won the AL East this year for the first time since Cash took over. The Rays leaned heavily on their bullpen throughout the pandemic-shortened season, with 12 different pitchers recording at least one save — matching the major league record.

So the move to get Snell was in line with what made the Rays so successful this year, but it played a key role in the Dodgers rallying for a title-clinching 3-1 victory. Cash has insisted if he faced the same situation again, he would trust his bullpen to close it out.