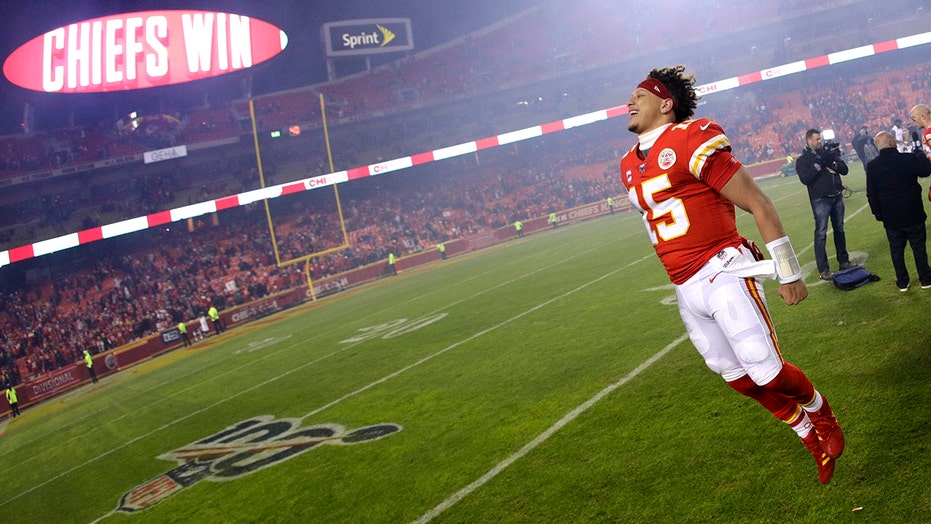 What happens if you win the Super Bowl? You pay your star player.

The Kansas City Chiefs are just one win away from playing in this year's Super Bowl, and the thanks goes to quarterback Patrick Mahomes and his gifted leadership.

It is all those things -- the talent, the mentality, the winning persona, everything else that comes with playing the most crucial position in the modern NFL -- that have made Mahomes, 24, among one of the most-valued professional athletes in the league.

What he’s accomplished in his young career has been done on his rookie contract, paying him a shade more than $5 million this season, or less than what 10 players make on his very own team.

That is about to change in a record-setting way, The Associated Press reported.

The Chiefs are able to negotiate a long-term deal with Mahomes for the first time this offseason, and some front-office executives believe the going price will be a four- or five-year contract worth about $40 million annually.

The Chiefs have been planning for it, too, structuring contracts the past couple of seasons with an eye on his future.

“We are certainly excited about the opportunity to extend Patrick’s stay with the Chiefs and hope that it lasts his entire career,” team owner Clark Hunt said. “It’s probably a little bit premature to be talking about a new contract. Everyone knows that the first opportunity that we’ll have to re-sign him will come at the end of this season. But that is a decision that we will have to make with his representatives, whether this is the right time, or perhaps a year from now.”

When the Chiefs lost to the Tennessee Titans -- their fourth defeat in the first 10 games of the season -- earlier this year, Hunt chose to speak publicly for the first time since training camp.

“We have had some outstanding players here over the years,” Hunt said with conviction, “but I don’t think we have had one like Patrick Mahomes in a very long time. Having him as the Chiefs quarterback really gives us an opportunity every year to be competitive and hopefully compete for an AFC Championship, and ultimately a Super Bowl.”

It turned out to be a prescient statement.

The Chiefs haven’t lost since that point in Week 10, rolling through the rest of the regular season and climbing out of a 24-0 hole to beat the Houston Texans, 51-31, in the divisional round of the playoffs.

And they’ll aim to keep that roll going Sunday, when they get a rematch with the Titans at home with a spot in the Super Bowl riding on the outcome.

Much of the credit belongs to Mahomes, who has quietly followed up his MVP season with another spectacular run.

He eclipsed 4,000 yards passing despite missing two games with a serious knee injury, threw 26 touchdown passes against just five interceptions, and he was even better against the Texans last weekend.

Mahomes became the first player with at least 300 yards passing, 50 yards rushing and five TD throws in a playoff game, all while keeping the Chiefs in the right mindset as they embarked on the greatest comeback in franchise history.

Mahomes has the Chiefs back on the cusp of their first Super Bowl appearance in 50 years, and only the Titans are standing in the way.

“I mean, until you win that Super Bowl, I don’t think you can be complacent with anything,” Mahomes said. “Being that close last year, you want to find a way to win, and until you’re able to do that and do it multiple times, you’re never going to get complacent with where you’re at.”