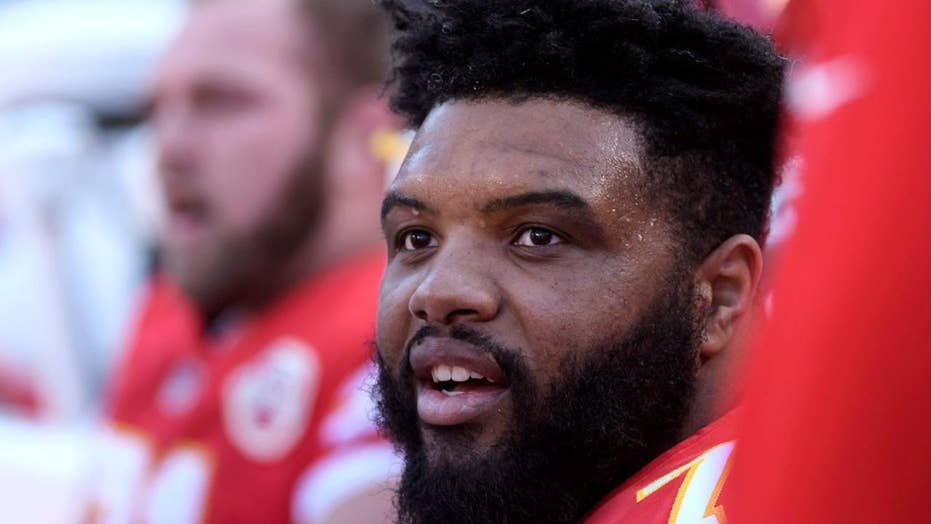 A Kansas City Chiefs offensive lineman rewarded a homeless man Saturday who helped the player get his car out of the snow before his game against the Indianapolis Colts.

Jeff Allen, a backup guard, wrote on Twitter he got stuck in the snow before the game. Allen got to the playoff game, in which the Chiefs defeated the Colts, 31-13.

“My car got stuck in the snow before the game & a nice guy named Dave help pull me out without knowing I was a player,” Allen wrote on Twitter. “I want to give him tickets to the AFC championship game for helping but don’t have a way to contact him. He drove a 97 or 98 Black Suburban.”

Allen was able to track the man down, who was identified as Dave Cochran, and gave him the tickets to next week’s AFC Championship against the New England Patriots.

Cochran talked to KSHB-TV and told the station he didn’t realize Allen played for the Chiefs.

“After I got done helping him, he told me he was a Chiefs player,” he said. “I didn’t look at him as no Chiefs player. I just looked at him as a normal person. I would hope that he’d do the same for me as I did for him.”

Cohran, who told the station he had hit a bit of a rough patch and that he lives in his car with his girlfriend and their dog, said he didn’t expect anything out of helping Allen.

“It’s like a dream come true. I’d seen the message this morning. And I’m not even gonna fake with you. Call me soft if you want to home boys, but I started bawling,” he said.