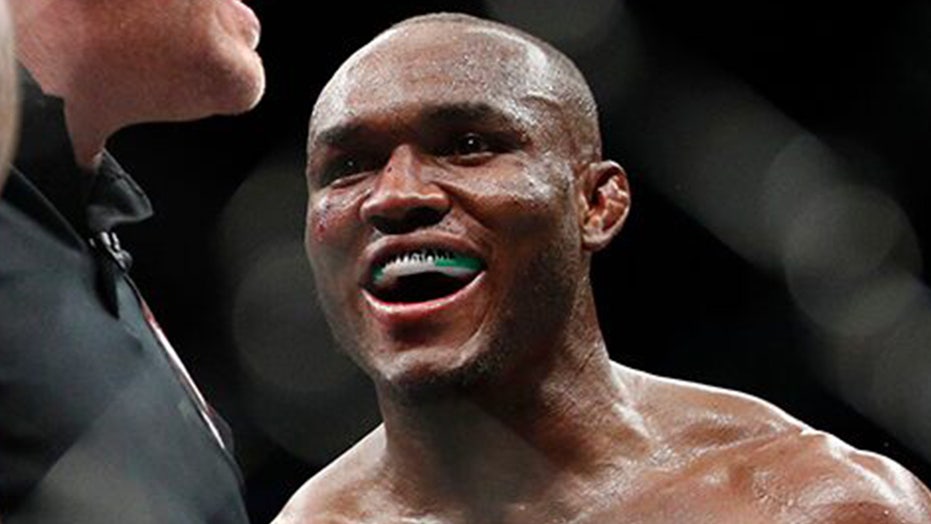 It wasn’t a very pretty fight. Usman and Masvidal grappled for a majority of the bout. The two were entangled on the sides of the octagon while each fighter tried to gain the upper hand.

Masvidal appeared to make good strikes in the first two rounds, but it was Usman who gained control through the rest of the bout -- including making several key takedowns.

It was Masvidal’s first title challenge and his first loss since 2017.

Usman continues an impressive run through the UFC. He is 12-0 in the UFC and hasn’t lost since 2013 when he was fighting in the Championship Fighting Alliance.

The UFC 251 co-main event between Usman and Masvidal was concocted only six days ago.

Usman and Masvidal have feuded for quite some time. The two nearly came to blows during Super Bowl week in Miami earlier this year.

The near-brawl came after Usman appeared on “The Joe Rogan Experience” and confirmed that he and Masvidal were going to fight next, it was just a matter of time.

Masvidal was able to secure a contract to his liking to fight on short notice against Usman.

Gilbert Burns was supposed to fight Usman but he contracted coronavirus.