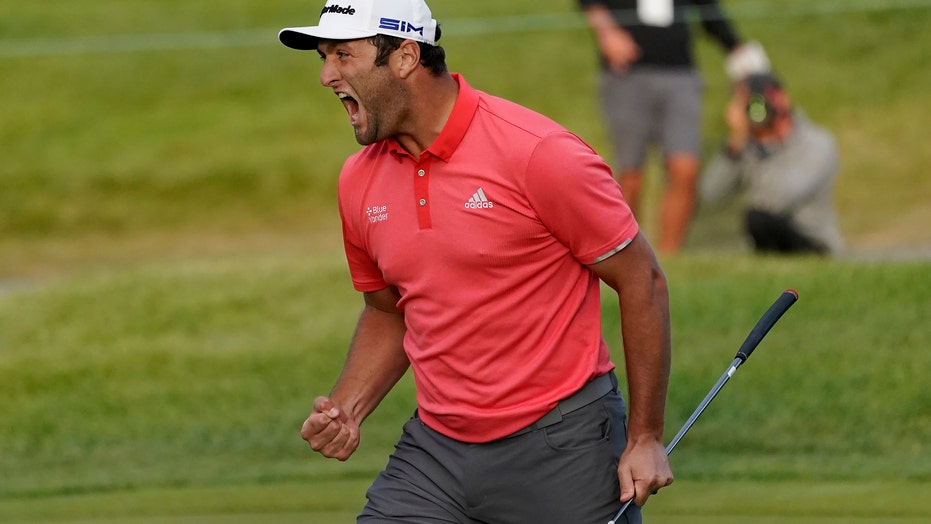 Golfer Jon Rahm was participating in a warm-up round for The Masters at Augusta National on Tuesday, and he easily nailed one of the most impressive hole-in-ones that you will ever see on a golf course.

TIGER WOODS HOPES TO REKINDLE MAGIC AT MOST UNUSUAL MASTERS

On the par-3 16th hole, Rahm skipped the golf ball over the water and onto the green grass. It landed perfectly on the green and rolled at a nice pace sweeping right-to-left and into the hole.

In the video, Rahm celebrated by throwing his hands in the air and then slapped high-fives with his caddie and his playing partner, Rickie Fowler Jr.

DECHAMBEAU BRINGS HIS BULK AND BEHEMOTH DRIVES TO AUGUSTA

It was the second hole-in-one in as many days for Rahm during practice play for The Masters.

On Monday, he sunk the par-3 4th hole playing next to Fowler and Brendon Todd. He posted proof of the ace on his Instagram later that day.

Entering The Masters -- scheduled to begin on Thursday -- Rahm has 10-to-1 odds to win the event, which is third-best in the field behind only Bryson DeChambeau (8-1) and Dustin Johnson (9-1). In each of his last seven events on the PGA Tour, Rahm finished in the top 25, and he had two wins at the Memorial Tournament and the BMW Championship.