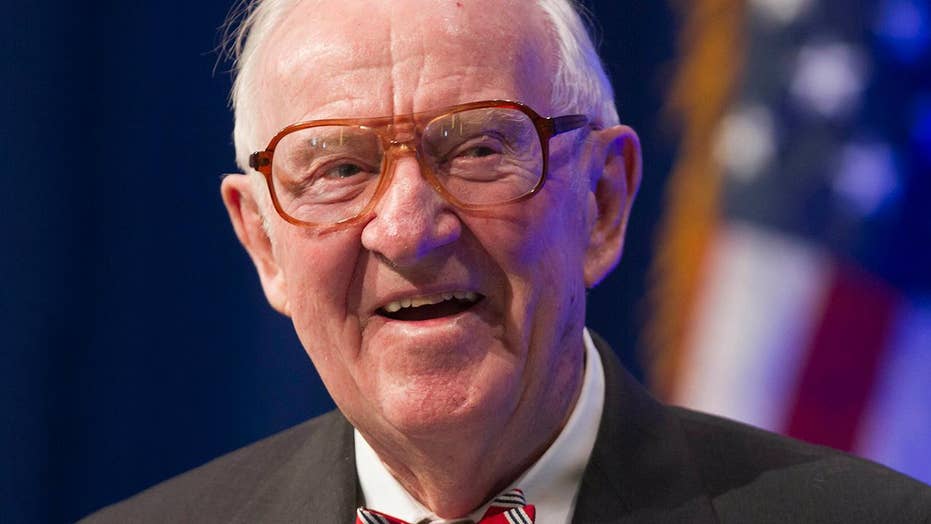 Judicial Crisis Network's Carrie Severino looks back at the legacy of the Supreme Court justice.

One of the most iconic tales of baseball lore involves New York Yankees Hall of Fame slugger Babe Ruth allegedly calling his shot before hitting a home run during Game 3 of the 1932 World Series against the Chicago Cubs.

Little did anyone know, someone in attendance during the game would grow up to be a Supreme Court justice.

John Paul Stevens was around 12 years old when he saw Ruth call his shot, according to USA Today. The home run helped the Yankees sweep the Cubs and win their fourth World Series title. Future-President Franklin Delano Roosevelt threw out the first pitch of the game, as well.

And while questions have since arisen about whether the story is more apocryphal than factual, Stevens maintained he saw Ruth do it.

"Very definitely," he told the Associated Press in 2016. "He pointed his bat."

Stevens died Tuesday at the age of 99, the Supreme Court announced. Stevens served on the Supreme Court for nearly 35 years, becoming its leading liberal -- although Stevens himself rejected that characterization.

Stevens' influence was felt on issues including abortion rights, protecting consumers and placing limits on the death penalty. He led the high court's decision to allow terrorism suspects held at Guantanamo Bay to plead for their freedom in U.S. courts.

As a federal appeals court judge in Chicago, Stevens was considered a moderate when Republican President Gerald Ford nominated him. On the Supreme Court, he became known as an independent thinker and a voice for ordinary people against powerful interests.

He retired in June 2010 at age 90, the second oldest justice in the court's history. Stevens served more than twice the average tenure for a justice.