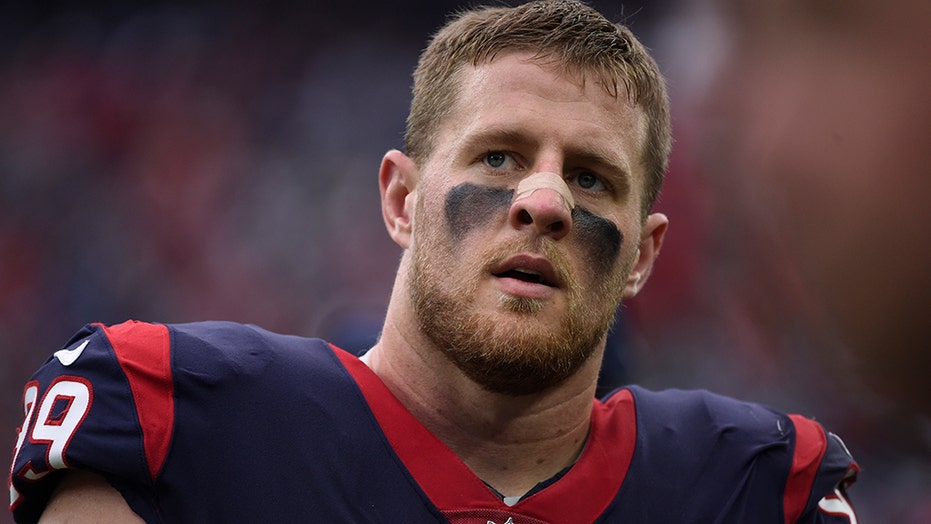 J.J. Watt has worn No. 99 since he was making waves as a collegiate defensive end for Wisconsin and then through his 10-year tenure with the Houston Texans.

Since he agreed to a deal with the Arizona Cardinals on Monday, it was unclear whether he would be able to wear No. 99 since the organization retired it after Marshall Goldberg’s stellar career with the team.

Goldberg played for the team known then as the Chicago Cardinals. He was a fullback and a halfback for the team and rushed for 1,644 yards and 11 touchdowns between 1939 and 1948. He was a one-time NFL champion and a one-time Pro Bowler.

Goldberg’s daughter, Ellen Goldberg Tullos, told TMZ Sports that it would be no problem for the Cardinals to unretire the No. 99 for Watt.

"He has my blessings and I'm sure my father would be more than delighted for him to carry it on," she said.

"Well, I know dad was really honored when they retired his number but also he's always respected other players. And, if J.J. Watt had the number 99 with him for a long time and it meant something to him, I think he'd be delighted to let him use the number and unretire or whatever the proper word would be."

She added that she thought her father would be "happy" to have Watt wear his number.

Watt agreed to a two-year deal worth $31 million, according to multiple reports. The 2021 NFL free agency start date is March 17 and the legal tampering period begins March 15.

Watt finished his 10th season with the Texans, playing in all 16 games for only the second time in five seasons. He recorded 52 total tackles, five sacks and an interception that was returned for a touchdown.

He was released last month and has since posted pictures of himself working out and preparing for the 2021 season.