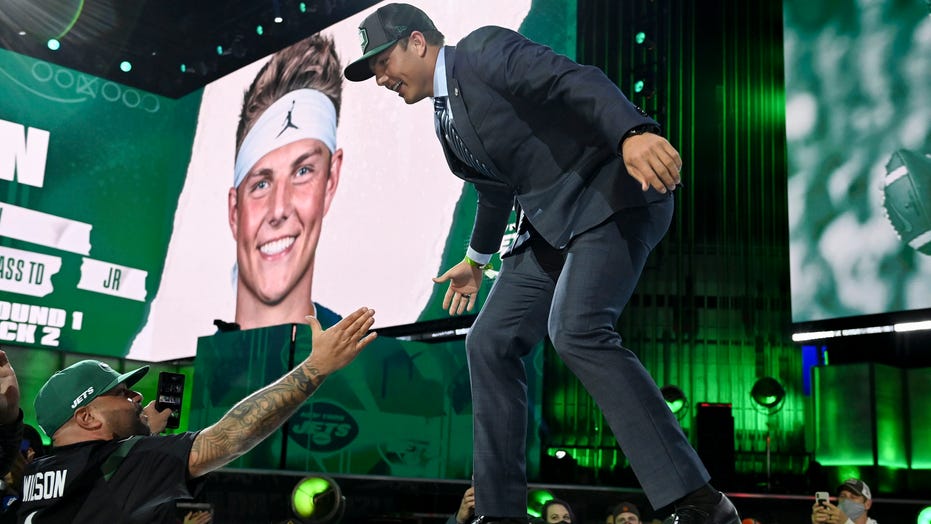 New York Jets quarterback Zach Wilson might just be the second overall pick to everyone else, but to teammate Michael Carter, he's No. 1.

Carter, who was drafted out of North Carolina in the fourth round of the 2021 NFL Draft, had nothing but praise for Wilson after seeing him play at rookie minicamp this week, adding that he believes the former BYU standout should have been the first pick.

JETS’ ZACH WILSON ‘MOST LIKELY’ SWITCHING TO THIS JERSEY NUMBER

"He’s a great player, he’s literally so good and he’s so smart," the 22-year-old said on SiriusXM NFL Radio Thursday. "He does minute stuff that really just wows you. He deserved to be the No. 1 pick, if I’m being honest. He deserves every bit of that."

Carter noted none of that takes away from Trevor Lawrence, whom he called "a special talent."

"Everybody knows that Trevor Lawrence is elite."

Despite Carter’s glowing review, the rookie quarterback will officially wear the No. 2 jersey next season as a nod to his draft selection.

"I like any single-digit number and I think it's kind of cool that I was the second pick," he recently said. "I think that's a cool reason to switch it up."