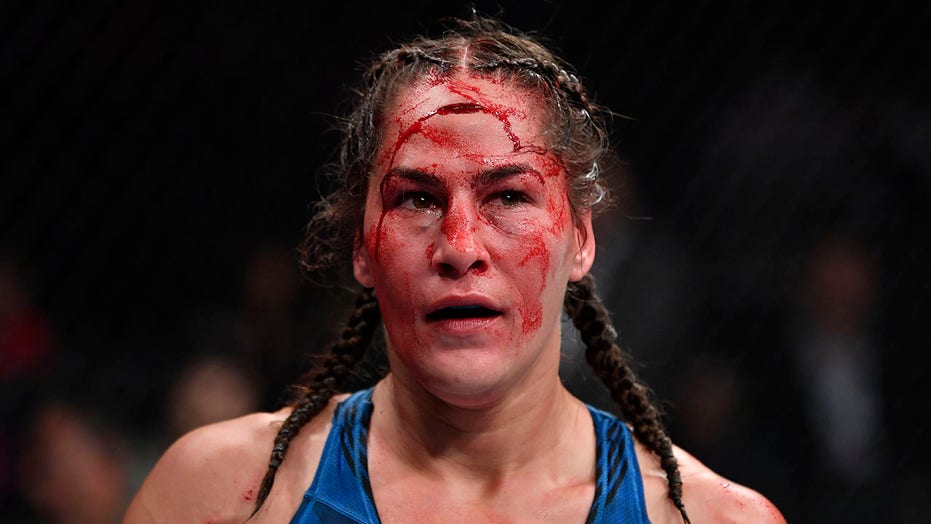 Jessica Eye shocked fans during her fight against Jennifer Maia at UFC 264 on Saturday night.

Eye suffered a deep gash on her forehead after knocking heads with Maia in the second round, which caused blood to gush and trickle down her face in the bout.

It was tough for Eye to get the cut healed during the fight as it re-opened in the third round. Eye finished the fight with her face covered in blood.

UFC fans watching the bout began to chime in on social media.

On Instagram, Eye thanked her team and said she felt she was robbed of a victory. She then put the camera toward the cut on her head.

Maia picked up her third win in her last five fights. She beat Joanne Calderwood at UFC Fight Night 173 last August and Roxanne Modafferi at UFC on ESPN 4 in July 2019. She last lost to Valentina Shevchenko in November at UFC 255.

Eye has now lost four of her last five bouts. Her last win came in December 2019 at UFC 245 when she defeated Viviane Araujo. Of her last 11 fights, 10 of them have been decided via a decision.

Shevchenko was one of the few opponents since 2014 who have knocked Eye out.