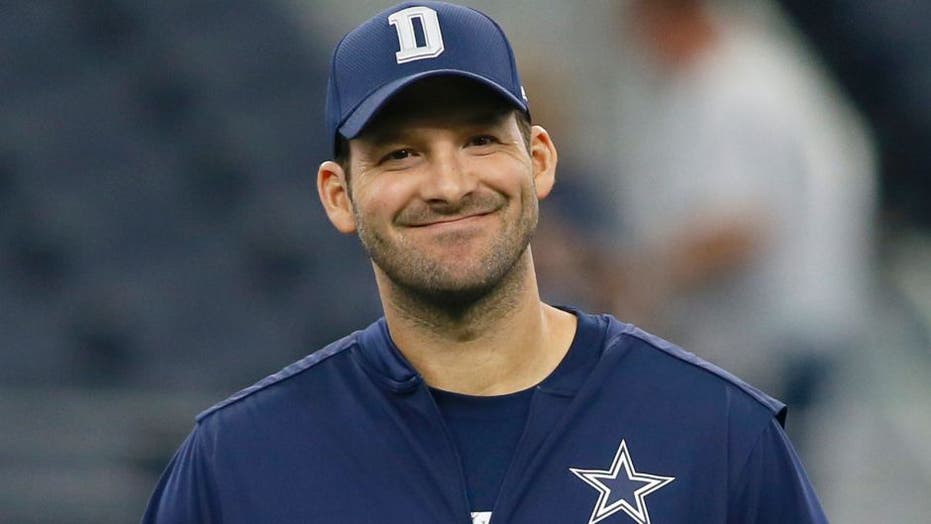 Dallas Cowboys owner Jerry Jones is as eccentric as he is loyal to his players. Which is plenty.

One of Jones’ favorite legacy players in Big D is retired quarterback Tony Romo: a player whose career production was consistent and on the cusp of joining tier 1 QBs, but short of accolades on the level of Canton nominees.

With 2022 granting Romo eligibility to receive his shrine, Jerry Jones was asked about a potential Romo bid for the Hall of Fame on 103.5 The Fan.

"Well, I think there’s no question in my mind that Tony is skilled, at a skilled level, and had accomplishments statistically that were there," said Jones. "The fact that we did not have a Super Bowl during that time is always going to be in the conversation as to where Tony Romo will rank — not rank, but where he’s acknowledged. You’re talking to a guy that he would be a first-round ballot with me, and I don’t apologize for that."

The glaring omission on Romo’s resume was winning — let alone, playing in — a Super Bowl. Jones took on the brunt of this goose egg by Romo after admitting that the right pieces were simply not in place around his beloved undrafted quarterback.

"You’ve heard me say it’s right there maybe my most disappointing thing about the Cowboys for me is not winning a Super Bowl or be in one with Tony Romo. And we just weren’t able when we didn’t have him, we weren’t able to compensate for that. That had something to do with him not being on a Super Bowl team."

The Pro Football Hall of Fame houses only 17 players that went undrafted prior to their illustrious careers. Romo’s invite to Canton would put him on the exclusive list — but it’s also exclusive for a reason.

Erin Walsh at Yard Barker contextualized the lack of consideration for Romo as a desire for key numbers that Romo were left unachieved. Without a Super Bowl appearance, league MVP or considerable individual honors, Romo is likely to miss out on the Hall of Fame — though a spot on the Cowboys Ring of Honor seems guaranteed.

If he were voted in, Romo would be the latest undrafted addition to Canton since Kurt Warner — 2x NFL MVP, Super Bowl XXXIV MVP and 2x First-Team Pro Bowler. Both QBs have 4 Pro Bowls nods.

Like a salted McMuffin, Jerry Jones’ bid for Romo remains strong and without much substance.