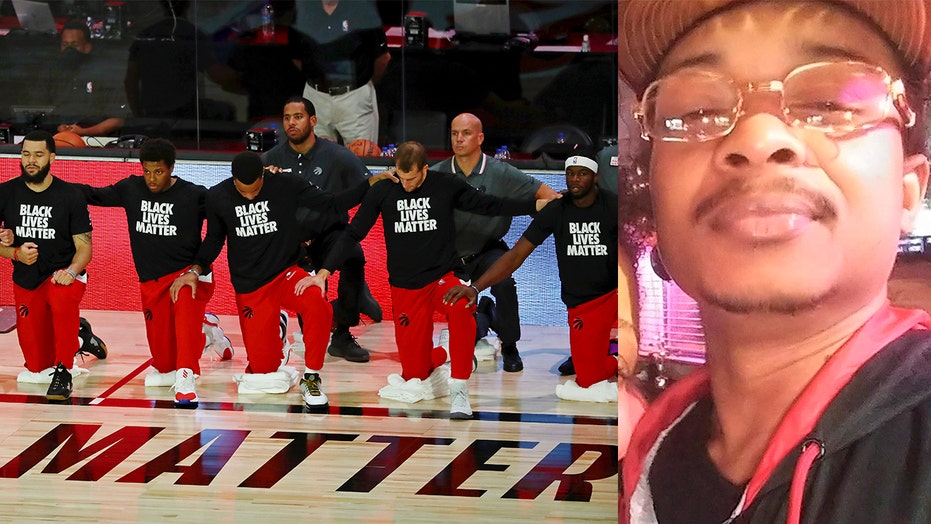 Toronto coach Nick Nurse addressed the possibility of the Raptors and Celtics players boycotting the first game of their playoff series on Thursday in response to the Jacob Blake shooting.

Rumors of a possible boycott were sparked Tuesday and continued Wednesday. ESPN reported that the players met in a hotel to discuss their options. Yahoo Sports reported the NBA players’ union has talked with players about the logistics of boycotting games in the name of social justice.

“Boycotting the game has come up for them as a way to again try to demand a little more action. And I think that's really what they want. I think there's enough attention and there's not quite enough action, and I think that's what I can sense from the discussion,” Nurse told reporters Wednesday, according to ESPN.

“We knew coming here or not coming here was not going to stop anything, but I think ultimately playing or not playing puts pressure on somebody,” VanVleet said.

“So, for example, this happened in Kenosha, Wisconsin, if I'm correct? Would it be nice if, in a perfect world, we all say we're not playing, and the owner of the Milwaukee Bucks -- that's going to trickle down. If he steps up to the plate and puts pressure on the district attorney's office, and state's attorney, and governors, and politicians there to make real change and get some justice," he said.

“I know it's not that simple. But, at the end of the day, if we're gonna sit here and talk about making change, then at some point we're gonna have to put our nuts on the line and actually put something up to lose, rather than just money or visibility. I'm just over the media aspect of it. It's sensationalized, we talk about it every day, that's all we see, but it just feels like a big pacifier to me.”

Smart said his teammates didn’t talk boycotting but said there was something bigger they wanted to do other than kneel or wear T-shirts.

“We tried to be peaceful, kneeling, we tried to protest,” Smart said. “And for us, we tried to come out here and get together and play this game and try to get our voice across. But it's not working, so obviously something has to be done.

"Right now, our focus shouldn't really be on basketball. I understand it's the playoffs and everything like that, but we still have a bigger underlying issue that's going on, and the things that we've tried haven't been working. So we definitely need to take a different approach, and we definitely need to try new things out to get this thing working the way that we know it should and get our voices heard even more.”

The series between the two teams begins Thursday.