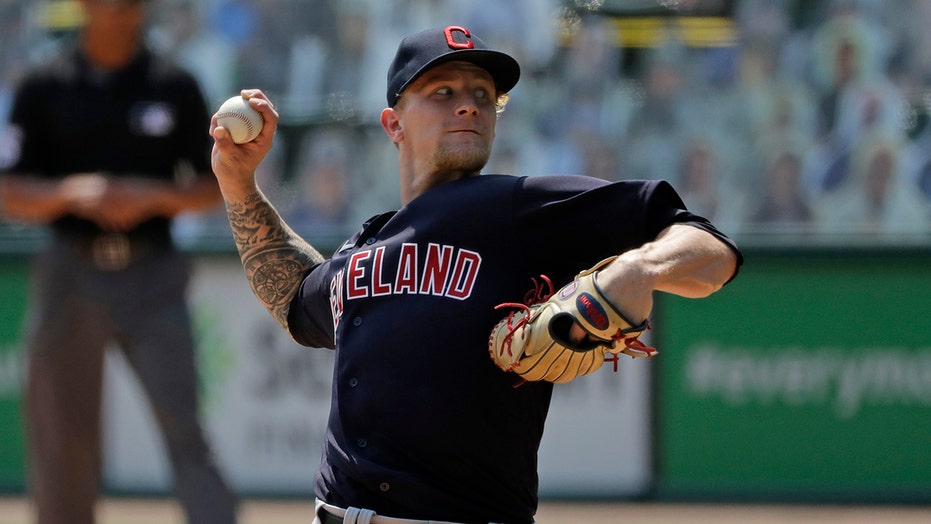 Plesac, 25, was out with friends in Chicago on Saturday night following a win against the White Sox. The team sent him home in a car service so he wouldn’t be on a plane with teammates and staff in the event he contracted the coronavirus.

Plesac apologized to his teammates in a statement. It’s unclear whether he has been tested for the virus since breaking the team’s code of conduct.

“I realize I made a poor choice to leave the hotel, which broke protocols and could have endangered other people,” Plesac said. “I understand that in these times of uncertainty, I need to be more vigilant and responsible and I am determined to earn my teammates’ forgiveness and get back to work.”

The Athletic first reported the news of Plesac’s misstep.

He will not be able to participate in team activities until he tests negative for the coronavirus twice.

“At this point, we'll figure out what the appropriate next steps will be,” Indians team president Chris Antonetti said.

MLB is beginning to crack down on players flouting its health and safety guidelines. The Miami Marlins and St. Louis Cardinals had several games postponed because of an outbreak in their clubhouses.

Plesac had previously spoken about the league’s code of conduct in regards to the coronavirus on July 3.