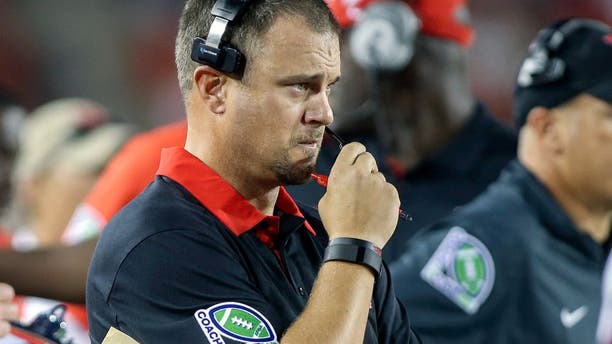 Houston Cougars coach Tom Herman got into a heated debate with 610 Sports Radio hosts Nick Wright and John Lopez on Wednesday when he called their show to debate the merits of a report by Lopez that claimed Herman met with Texas A&M transfer quarterback, Kyle Allen, in Houston on a certain date. Kyle Allen's transfer to Houston was announced on Tuesday.