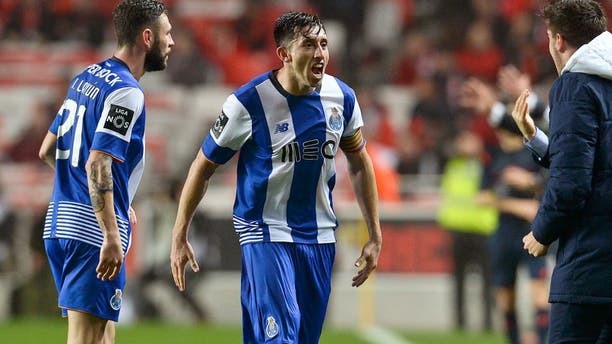 FC Porto rallied to defeat Benfica 2-1 on Friday, snapping the rival's eight-game winning streak and getting back to the title race at the Portuguese league.

Greek forward Konstantinos Mitroglou put Benfica ahead in the 18th minute at its Stadium of Light, but Mexican midfielder Hector Herrera equalized in the 28th and Cameroon striker Vincent Aboubakar scored Porto's winner in a breakaway in the 65th.

Porto moved within three points of leaders Benfica and Sporting, which plays at Nacional on Saturday with a chance to retake sole possession of the lead.

Porto had lost two of its last five league matches, and another defeat on Friday would have left the club nine points behind Benfica after 22 rounds.