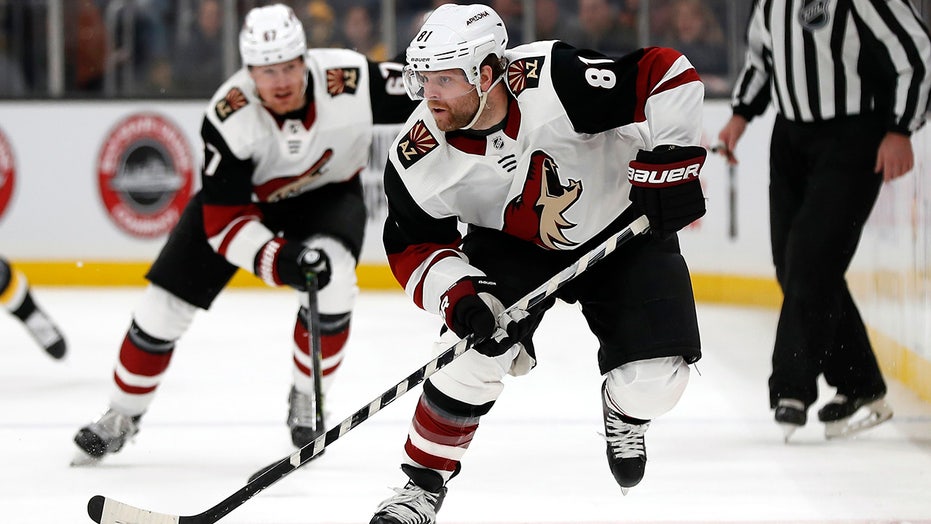 The start of Phil Kessel's desert tenure did not go according to plan, for him or the Arizona Coyotes.

Expected to give the Coyotes a scoring jolt, Kessel instead labored, in large part due to a string of injuries.

The NHL's pandemic-caused pause has give the 32-year-old right wing a chance to heal, putting him in position to have a much bigger impact when the Coyotes return to the ice.

“I feel good right now,” Kessel said during a video call this week. “I feel better than I did all year, so I’m excited. My body feels good, I feel rested. I’m going to be ready to go.”

The Coyotes pulled off the biggest move of the 2019 offseason, acquiring Kessel from Pittsburgh for center Alex Galchenyuk.

Kessel continued to be productive more than a decade into his NHL career, scoring 27 goals with 55 assists with the Penguins last season. He has scored at least 30 goals six times during his 13-year NHL career and had a career-high 92 points in 2017-18.

Kessel was expected to be the scoring piece the Coyotes had been missing since reaching the 2012 Western Conference Finals, their last playoff appearance.

Instead, Kessel showed flashes of his previous brilliance, yet never got on much of a scoring run. He suffered a groin injury early in the season and the pains kept coming.

Kessel didn't miss a game, stretching his ironman streak to 844 straight games, sixth-longest in NHL history, yet he didn't seem to have the same explosiveness he had in previous seasons.

When the NHL shut down due to the coronavirus on March 12, Kessel had 14 goals and 24 assists. More telling, he had five even-strength goals and was on pace to set a career low in shots.

“Obviously, I had a tough year,” said Kessel, who returned to Arizona from Florida three weeks ago. “I think it’s probably my most injuries I’ve had is this year, but that’s no excuse. It’s one of those years. Obviously, I’m going to look to never have that again. I’ve never had a year like that, so I’m looking to bounce back. This is a good time to get it started again.”

Now healthy and refreshed, Kessel could give the Coyotes a big boost when the NHL season resumes. He won consecutive Stanley Cup titles with the Penguins and has 33 goals with 44 assists in 87 career playoff games.

Kessel was runner-up to Sidney Crosby for the 2016 Conn Smythe Trophy after finishing with 10 goals and 12 assists when the Penguins won the first of two titles.

“I think it matters,” Kessel said of playoff experience. “I think guys that have been there in those spots, they know what to expect and what to do. I think to be honest, it’s a different level of hockey. It’s a faster, more crisp game. It’s a fun time of year.”

NHL training camps are scheduled to open July 10 and an agreement is in place to restart the season. The start date and sites of the two hub cities have yet to be determined, but the Coyotes will be one of the 12 Western Conference teams continuing their seasons.

Arizona, the No. 11 seed in the West, will play Nashville in a best-of-five qualifier to advance to the main playoff draw.

“It’s going to be a different playoff than ever before, obviously,” Kessel said. “I think without fans and everything, it’s going to be strange, but I think guys know what they’re playing for. We all want a chance to win.”

A healthy Kessel gives the Coyotes a good shot to do just that.