Gordon Beckham wants to be the Braves' everyday third baseman 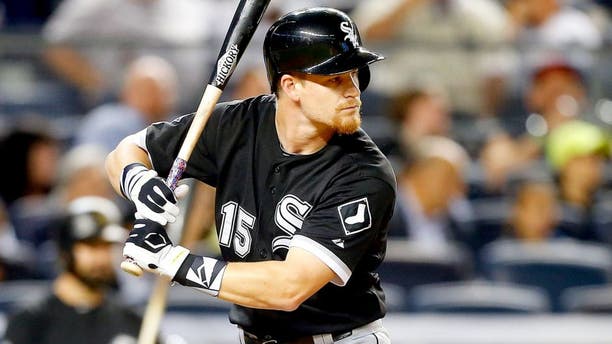 NEW YORK, NY - SEPTEMBER 25: Gordon Beckham #15 of the Chicago White Sox in action against the New York Yankees at Yankee Stadium on September 25, 2015 in the Bronx borough of New York City. The White Sox defeated the Yankees 5-2. (Photo by Jim McIsaac/Getty Images)

With utilitymen like Ben Zobrist and Daniel Murphy getting multi-year deals this offseason, players could look to use their versatility to find more starting jobs.

Gordon Beckham, however, has set a goal to play one position with his new team, the Atlanta Braves.

"To be playing third base every day," Beckham told the Atlanta-Journal Constitution. "I think that's what they told me that I had the opportunity to do, so we'll go into spring and see what happens. If that doesn't work out, then I'll probably just be going all over the place and playing all the infield positions, which I can do. But my goal is to be playing third base every day."

Last season with the Chicago White Sox, Beckham started 39 games at third base, seven games at second base and four at shortstop. Over the majority of his career, Beckham has been a second baseman, appearing in 638 of his 865 games at the position.