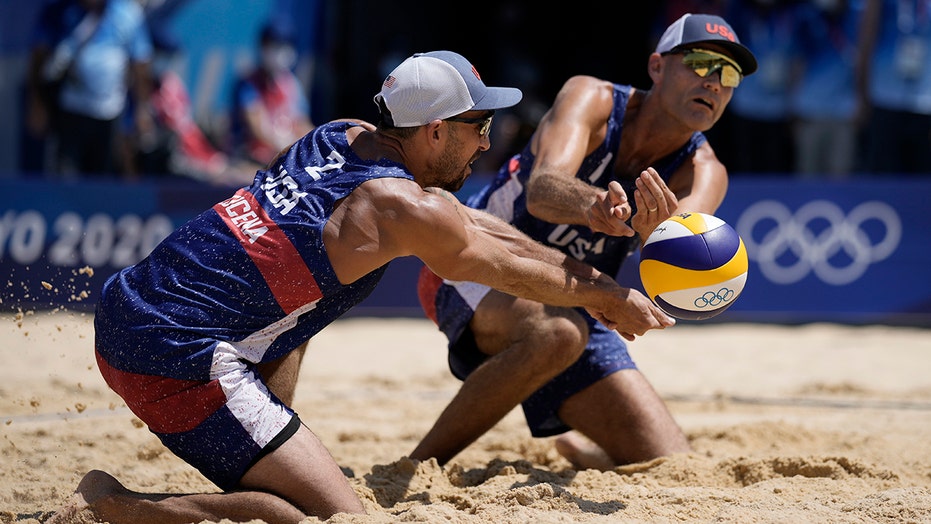 To keep himself busy in Japan while living in modified quarantine, four-time Olympian and 2008 beach volleyball gold medalist Phil Dalhausser decided to add up how much time he has spent away from his children.

"I was in a quiet room. Had a lot of time to think," he said after being eliminated on Sunday and confirming that this will be his last Olympics.

"I’ve missed like a year and a half of my kids’ life. That’s time I’ll never get back," he said. "I love the sport and everything. It’s given so much to me, but I think it’s time to move on, try to spend more time with my family."

A 41-year-old Swiss-born Floridian who won the gold medal in Beijing with Todd Rogers, Dalhausser failed to win a medal in London with Rogers and then re-teamed up with his first pro partner, Nick Lucena. They finished tied for fifth in Brazil, losing to the eventual champions, and tied for ninth in Tokyo.

"I mean, we have no real-world skills, substitute teachers, and we’re like, hey, we’ll give this volleyball a shot," Lucena said, pointing to his partner. "Four-time Olympian, and I get to hang out with him for two Olympics."

Although Lucena, who turns 42 next month, said only it was their last international match together, Dalhausser said he is giving it up to be around more for his wife and his kids, who are now 7 and 8. For now, he will continue coaching youth volleyball.

"For 20 years, I’ve used my body to make a living. Now I want to use my head, use my brain," he said. "And I have something that I like to do. Hopefully, that turns into a living."

Dalhausser and Lucena went 2-1 in round-robin play, losing only to a Dutch team that won the world championships in 2013. That left them with a tough matchup against Cherif Samba and Ahmed Tijan, who had trained with them in Florida to prepare for a series of world tour events in Cancun, Mexico, and then the Olympics.

"We molded them up in Florida, and now we’re letting them loose," Lucena said.

Said Dalhausser: "We built their confidence up, and it backfired on us."

The Qataris are No. 1 in the FIVB rankings and cruised through the preliminaries without losing a set before the Americans scored four straight points in the first to turn a 6-5 edge into a five-point lead. But just as American counterparts Sarah Sponcil and Kelly Claes did earlier Sunday, they lost the second set and the tiebreaker.

Moments before Dalhausser announced his retirement, ruling out a run at the Paris Olympics that are only three years away, Tijan said he thought it might be the end of a spectacular career.

Dalhausser and Lucena reached the quarterfinals in Rio de Janeiro before losing to eventual champions Alison and Bruno Oscar Schmidt of Brazil. Asked if he thought the Qatari pair had the same potential, Dalhausser said, "I do."

"They’re playing the best in the world at this point," he said. "It’s pretty impressive."

Samba wasn’t so quick to look ahead.

"Who knows? Only God knows," the Qatari said. "The first step now is done. We are ready for the second step."