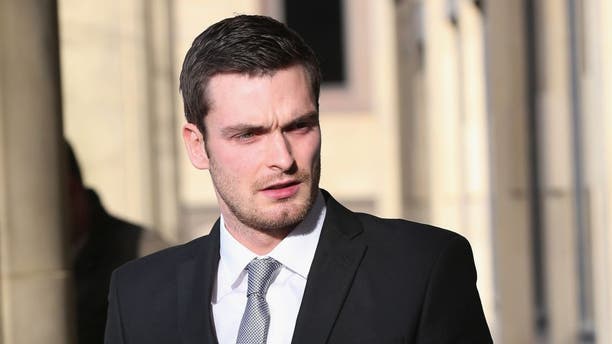 BRADFORD, ENGLAND - FEBRUARY 16: Adam Johnson arrives at Bradford Crown Court for day three of the trial where Johnson is facing child sexul assault charges on February 16, 2016 in Bradford, England. The former Sunderland FC midfielder, aged 28 and from Castle Eden, County Durham, is on trial for two counts of sexual activity having pleaded guilty to two others. (Photo by Christopher Furlong/Getty Images)

A teenage girl has told a jury how her best friend was "excited" after she had a sexual encounter with England footballer Adam Johnson in his car.

Johnson's trial was shown a video-recorded police interview in which the teenager described how she was with her friend before she went to meet the 28-year-old former Sunderland winger in his Range Rover in January last year.

Johnson has admitted grooming the girl's friend and has pleaded guilty to sexual activity with the same girl, who was 15 at the time, relating to kissing in his car.

But the footballer denies two further charges of sexual activity with the same girl, which prosecutors have described as "more serious".

In the police interview played to the jury at Bradford Crown Court, the teenager said she met her friend again after she got out of Johnson's car.

She told the officer her friend was "more excited - not excited for something, just excited - in a good mood, really".

The teenager said: "I asked her if anything had happened as I'd seen messages before asking for a bit of a feel."

She then explained how her friend described a sex act that had allegedly taken place between her and Johnson.

"She seemed excited about it at first but she started to realize what she'd done because he had a girlfriend," she said.

The girl's friend has already told the court how Johnson was her favorite player and she started communicating with him over WhatsApp in December 2014.

She said she met up with Johnson twice - on January 17 and 30 last year.

This girl has told the jury that she kissed the player on the second occasion and also described more serious sexual activity.

In her police interview, her best friend told the officer how, at first, she did not believe her friend "because he's a footballer, he's famous and she's only 15".

But she explained how she changed her mind after a seeing a message Johnson sent to her friend which said: "Just wanted to get your pants off".

The girl told the officer: "That's why I know something had happened between them for definite."

Giving live evidence over a video-link in court, the girl told the jury: "She (her friend) said that they talked on Snapchat and he'd asked her to send a naked picture and that's all I can remember about it."

The girl said this after she was asked by Kate Blackwell QC, prosecuting, to tell the court about additional matters she had told police last week.

She also described how she told officers that her friend had told her about more serious sexual activity and she had not told police about this earlier.

The girl said: "She told me not to say anything."

She also told the jury: "She told me that she'd been texting him before she went away and he offered to meet her for money."