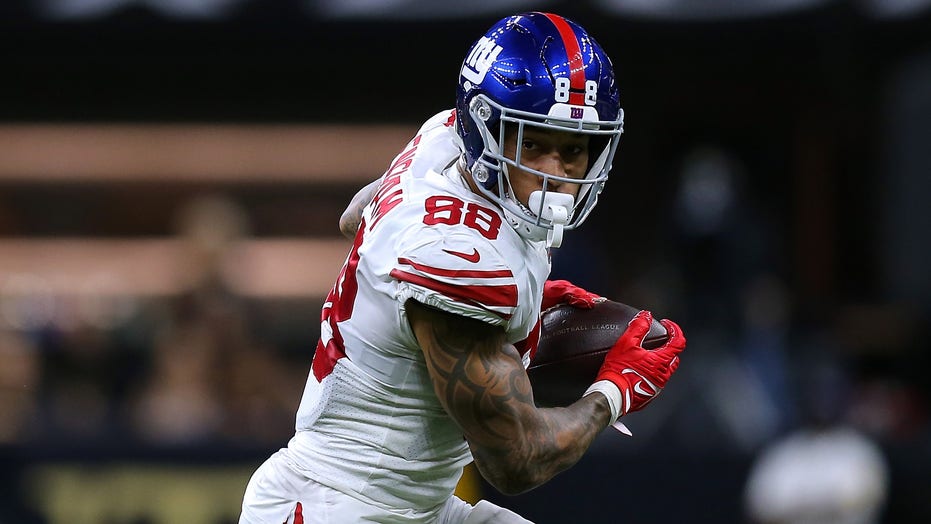 New York Giants rookie Kadarius Toney was ejected from Sunday’s game against the Dallas Cowboys after punching Damontae Kazee in the back of the helmet but, according to one report, it wasn’t the only heated exchange of the game.

GIANTS' JOE JUDGE ON KADARIUS TONEY PUNCH: 'IT’S NOT GOING TO BE CONDONED'

"I was pushing him around the whole game, so he was probably just mad about that," he told the Daily News. "It’s whatever."

Evan Engram (88) of the New York Giants catches the ball during the third quarter against the Dallas Cowboys at AT&amp;T Stadium on Oct. 10, 2021, in Arlington, Texas. (Richard Rodriguez/Getty Images)

Engram called the hit a "little baby punch," adding he didn’t retaliate because he didn’t want the league to come after him.

"There’s this thing the NFL does, they send out letters and they forcefully take money from you for acting up," he said. "So I don’t need any of that. It was a little baby punch anyway. It was soft. So I definitely want to keep my money in my pocket. I’m good."

A league spokesperson told the Daily News there was no video that showed the altercation taking place.

Toney offered an apology on Twitter Monday for his actions against Kazee.

"Wanna take the time out to apologize to the entire organization, Owners, My Teammates and the entire #BigBlue," he tweeted. "your emotions just can get the best of you sometimes…..No Excuses just actions."

According to NFL.com, Toney likely won’t face suspension but will likely get fined.