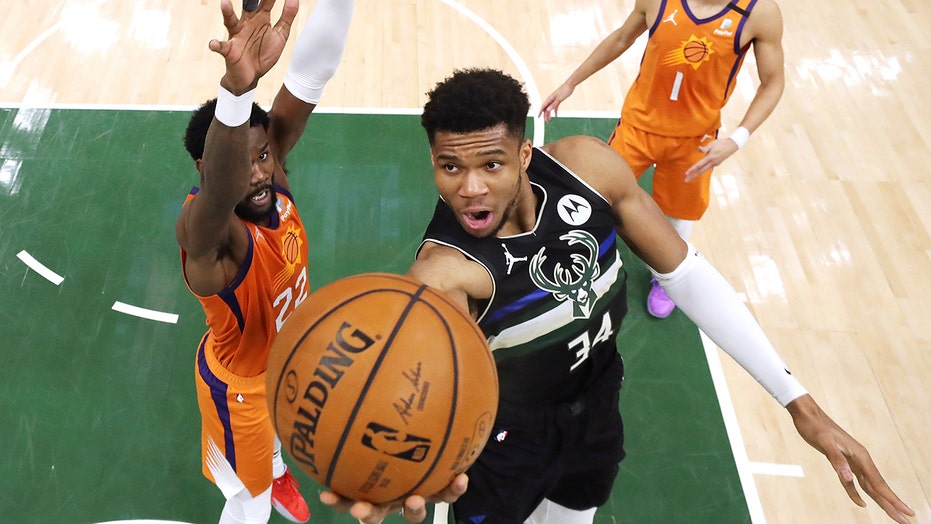 Antetokounmpo was on Instagram Live and celebrated his 50-point game to close out the Phoenix Suns on Tuesday night with 50 chicken nuggets and a beverage of course.

"Large drink, no ice with half-Sprite-half-lemonade," he asked.

Additionally, Antetokounmpo took pictures with fans who had popped by his vehicle to congratulate and celebrate with him. The Bucks star even let one fan touch the trophy and the guy was over the moon.

"This is why I love Milwaukee," Antetokounmpo said. "This is why I chose to stay because we celebrate together. It’s been like this since Day One. And I love this."

He scored 50 points, grabbed 14 rebounds, recorded five blocks and dished out two assists in the win.

He is the first player since Shaquille O’Neal to record 40 points, 10 rebounds and five blocks in any playoff game, according to ESPN Stats & Info. O’Neal did it in 2001. He's also the first player to have a 50-10-5 stat line since blocks were first tracked in the 1973-74 season.

It's Milwaukee’s first championship since 1971.