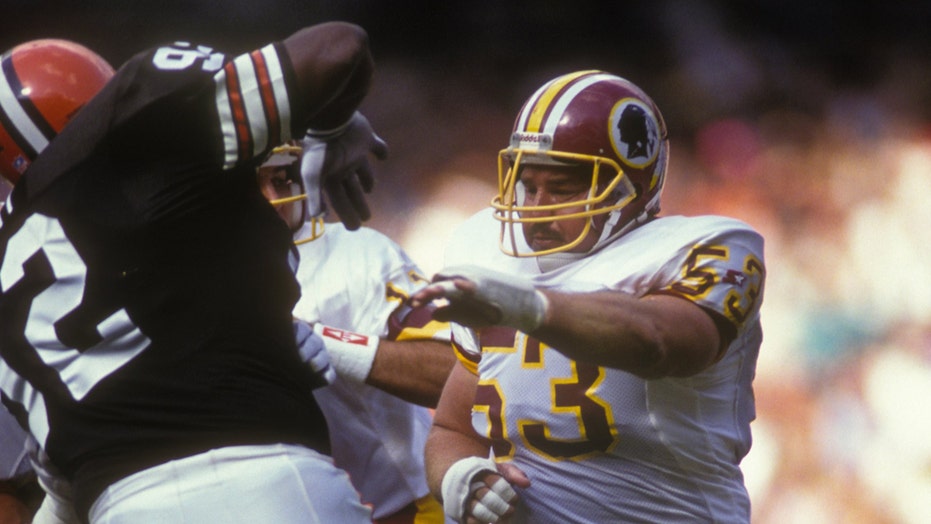 The Washington NFL franchise is on the search for a new team identity after retiring the Redskins name on Monday but not everyone affiliated with the team is on board with the change.

In the face of mounting pressure to change the team’s name amid a national focus on race relations, Washington announced Monday that the Redskins name and logo would be retired after 87 years.

“Dan Snyder and Coach Rivera are working closely to develop a new name and design approach that will enhance the standing of our proud, tradition rich franchise and inspire our sponsors, fans and community for the next 100 years,” the team said in a statement.

While the move was applauded by many, several former Washington players voiced their opinion against the change, arguing that the name is affiliated with the accomplishments of the franchise -- not the derogatory slur.

"I'll always call them the Washington Redskins, I'm sorry," former center Jeff Bostic told ESPN. “I've got great memories, great game scenarios that played out. There are parts of that I'll never forget the rest of my life. It was an honor for us to put the helmet on that had the Redskins emblem on the sides.”

WASHINGTON MIGHT HAVE TOUGH TIME REPLACING REDSKINS NAME BECAUSE OF TRADEMARK ISSUES: REPORT

He continued: “This is a political and financial decision. This isn't what most people want. I'm sure if you're taking polls in the D.C. area, how many want to keep or change it, I guarantee you the overwhelming number is probably to keep it.”

WASHINGTON - OCTOBER 13: Jeff Bostic #63 of the Washington Redskins makes a block during a NFL football game against the Cleveland Browns on October 13, 1991 at RFK Stadium in Washington DC. (Photo by Mitchell Layton/Getty Images)

Doug Williams, a former NFL quarterback who won a Super Bowl in Washington, argued that players didn’t think about the negative connotations associated with the name when playing.

“We played because that was our job and what we wanted to do," Williams, who serves as Washington’s senior vice president of player development, also told ESPN.

"Players don't come thinking, 'I'm going to play for this slur name.' That's not on their minds. All they know is they're playing in the NFC East and they're playing the Dallas [Cowboys], the New York Giants and the Philadelphia Eagles."

Quarterback Doug Williams #10 of the Washington Redskins drops back to pass during Super Bowl XXII against the Denver Broncos at Jack Murphy Stadium on January 31, 1988 in San Diego, California. The Redskins won 42-10. (Photo by George Rose/Getty Images)

“We won as Redskins, we won the game," Williams continued. "But at the end of the day, it's about the players and we still deserve our rings because we did it, the name didn't do it. That's all we can say. The name changes, but the city doesn't change and the teams don't change, the franchise doesn't change. It's just the name and the logo. It should not have an impact on the history of the organization.”

Former Washington running back Brian Mitchell told ESPN that during his time with the franchise the players never thought about the name until pressed.

“I didn't play for a name per se. Guys never talked about it because players play,” he said.

“But you were asked the question again and again, and it gets to where you start asking and researching and try to figure it out. Some Native Americans had a problem and some didn't. My mindset was always, we need to sit down and have a serious discussion. If you've offended someone, you needed to have that discussion instead of being close-minded.”

Washington has not released what the new team name will be.