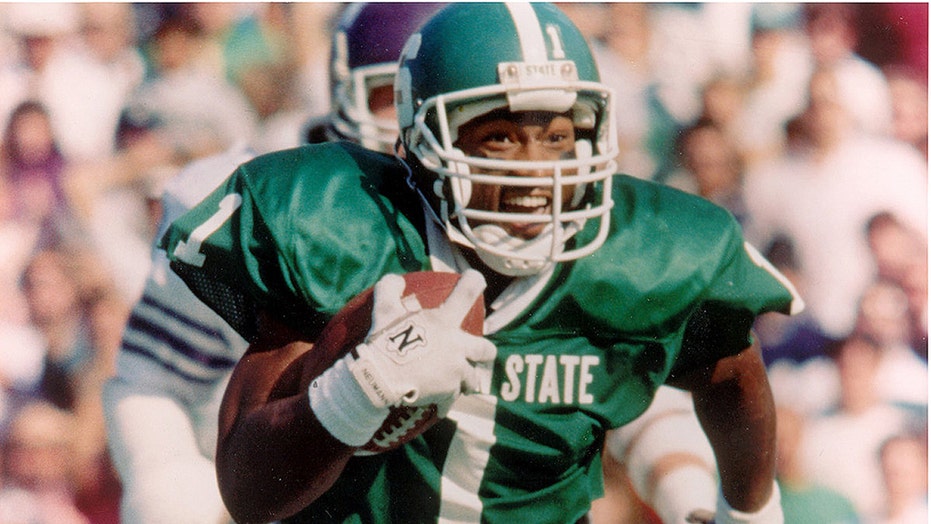 Before wide receiver Andre Rison became a first-team All-Pro selection and Super Bowl champion while playing in the NFL, he suited up for Michigan State during his collegiate career.

With social injustice and racial inequality being the center of attention in the United States, Rison decided to share his story from an incident that took place back in 1986, while playing for the Spartans. Rison said that when he was a sophomore at Michigan State, assistant coach Carl "Buck" Nystrom struck him in the locker room before a game at Illinois on Oct. 18 of that year.

“Back then, you just thought it was part of being tough and being a football player that wanted to make it to the National Football League [and] ultimately change the living situations of my mom, brother, sisters, and family,” Rison told ESPN.

“I played basketball at Michigan State and I also made All-Big Ten at Michigan State in indoor track, and I thought it was part of the culture of trying to get to the next level," Rison said. "Also, I was fresh off watching 'Roots' as a kid and listening to how slavery was. We were real close to [having learned] that, but not like this generation of professional athletes. So that's why I commend them for how they stand up and protest and the way they do for racial change.

“For me, myself, being in an interracial relationship, in a marriage of 15 years, I love my wife, and it doesn't matter what color you are and what race you come from, because we're all human.”

Before becoming an assistant coach at the university, Nystrom, a Michigan State Athletics Hall of Famer, was an All-American as a player in the 1950s. His son, Kyle, is currently the head coach at Northern Michigan University. ESPN said that they reached out to both Michigan State and Northern Michigan multiple times for comment, but they never responded. The network also reached out to Kyle Nystrom directly, but he also never got back to them.

“That man had no right to hit me. I never told my mom. I never told anybody," Rison said. "The only people that really knew were our whole team and all the coaches. Nick Saban was on that staff. He was one of the ones that came to me and consulted me. That's why I respect him to this day. I don't have to call Nick Saban every day and knock his door down, but Nick Saban offered my son a scholarship [to Alabama], and that was fair to me. That was fair and was all I ever asked for. I love Nick. I love Nick like a father figure.”

Rison, who says he doesn’t feel welcomed on campus, wants to be removed from Michigan State’s Athletics Hall of Fame.

"I'm just tired of how they treat our Black former players and our Black students. I'm tired of it," Rison said to ESPN.