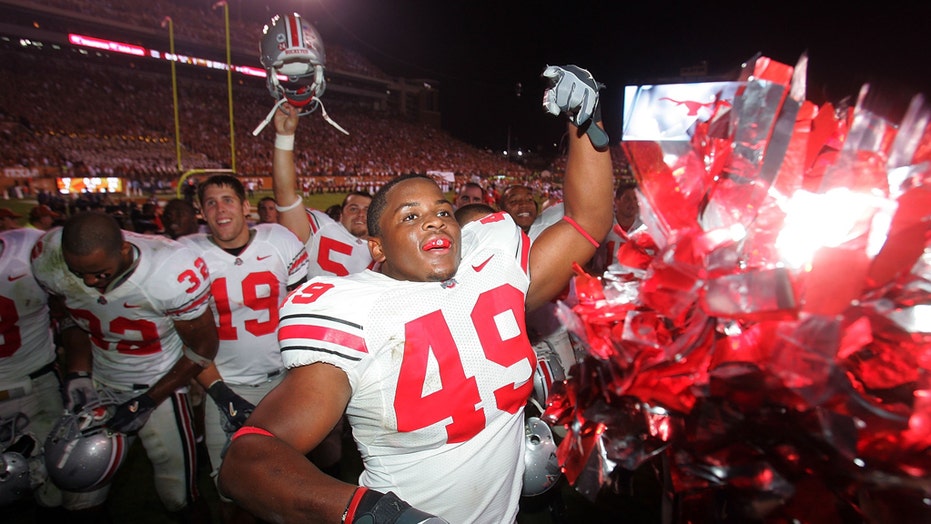 Former Ohio State football captain Dionte Johnson said Saturday his shoe and apparel store in Ohio was looted and damaged during the George Floyd protests in the state.

Video that surfaced on social media Friday night showed several people robbing and damaging Sole Classics, located in Columbus. The former fullback wrote on Instagram that he’s received an outpouring of support from the community since the incident.

ALABAMA'S NICK SABAN ON RACIAL TENSION IN US: 'IT'S TIME TO LOVE EACH OTHER'

“On May 29th our shop was looted and destructed by a group of individuals. In the moment we were angry and looking for answers, however, within minutes after the incident we began to receive an out-pour of love and support from our local and global community looking for ways to help. That love immediately helped to overpower the negativity,” the statement read.

“We have been asked to create a donation link to help in recovery efforts. Although we do not yet have a set dollar amount for recovery, we do believe that we will exceed our goal, so we will also be using any excess donations to contribute to neighboring minority-owned small businesses who have been damaged as well. Thank you in advance for your love, empathy and support.”

The store posted another photo on Instagram showing a message on the boards keeping people from going into the shop.

“THIS IS ON US! For generations we have called the youth stupid, taken funding from their programs, kicked them out of places and ignored them. What would you expect? Don’t lock your doors tighter, open your hearts wider. Spread love, Sc.”

Johnson played for the Buckeyes from 2004 to 2007. He bought the store in 2010 and opened up two other locations in the city since then, according to Eleven Warriors.