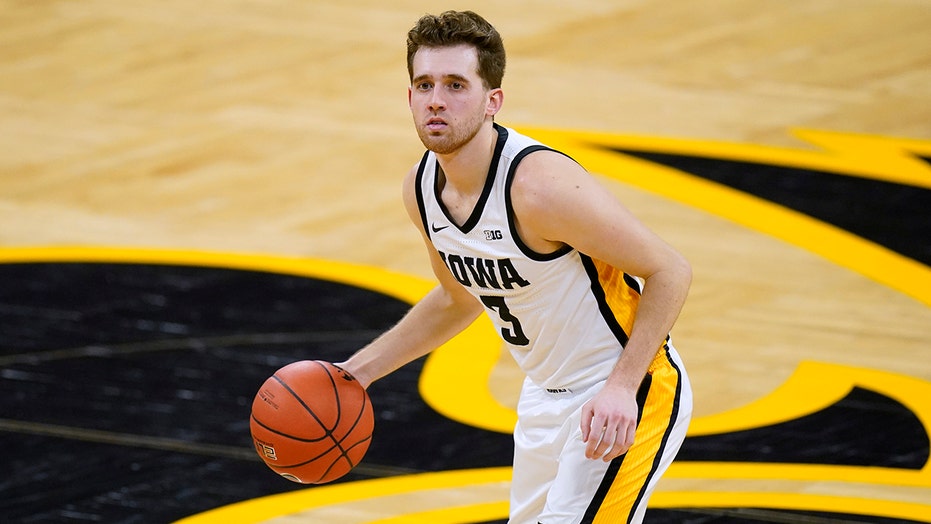 A former Iowa State University football player has been arrested in connection with an assault of a University of Iowa basketball star in May.

Bohannon filed a lawsuit against Kron a few days earlier, alleging that the former Cyclone defensive end "brutally, unlawfully and intentionally" assaulted him.

Bohannon and Kron were both at DC's Bar in Iowa City on May 23, according to police records. After the bar closed, police said Kron and another person got into an argument outside. Police say Kron walked over to Bohannon, turned him around and punched him three times in the back of the head, knocking him to the ground and causing a cut on his head.

Police say Bohannon's friends escorted him away, but Bohannon later needed to be taken to a hospital for treatment of his head injury.

Online court records did not list an attorney for Kron. Bohannon's attorney didn't immediately respond to phone and email messages.

An Iowa athletic department spokesman declined to comment, saying the matter wasn't connected to the university.

In a statement shortly after the incident, Iowa basketball coach Fran McCaffery said Bohannon was attacked by a person he didn't see coming at him.

"We were made aware of the incident immediately," McCaffery said. "We are grateful that friends who were with Jordan at the time kept the incident from escalating. His health is our No. 1 concern."

Bohannon announced in April he would return to the Hawkeyes for his sixth season in 2021-22. Due to the COVID-19 pandemic, the NCAA granted eligibility relief to winter sport athletes in 2020-21.

Bohannon led the Hawkeyes last season with 80 3-pointers and 135 assists, and he was third in scoring at 10.6 points per game.

Kron played in 12 games in 2012 and tallied five tackles, two tackles for a loss and a sack. In 2013, he earned Academic All-Big 12 Second Team honors, made 14 tackles, 1.5 tackles of a loss and two fumble recoveries.