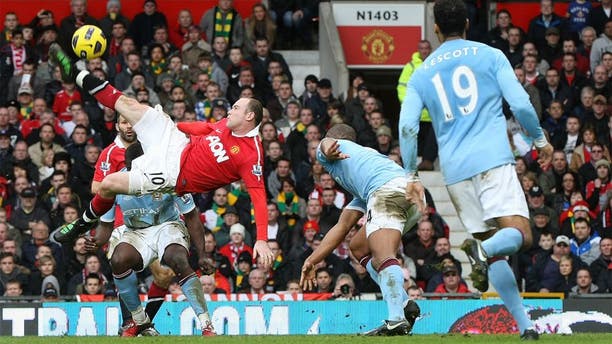 The Manchester Derby has churned out some unforgettable moments in the modern Premier League era.

From Michael Owen's last-gasp winner in 2009 to City's six-goal mauling in 2011, there's been no shortage of drama between Manchester United and Manchester City.

So, what better way to reminisce about one of England's most heated rivalries than to conjure up arguably one of the greatest goals ever scored between the sides.

When the two locked horns on this day in 2011, the match was finely balanced at 1-1 before Wayne Rooney produced a moment of pure magic. The England international threw himself into the air to expertly meet Nani's looping cross, connected perfectly and arrowed the ball into the top corner past a stranded Joe Hart with a sensational bicycle kick. Watch (and marvel):

"I knew Nani was going to cross it so I was getting ready for an header, then it took a little deflection and come behind me," Rooney said of the iconic moment. "I never really had time to think and just tried the overhead and thankfully it went in the top corner."

It proved to be a monumental goal for the Red Devils en route to their record 19th league title. Never forget.