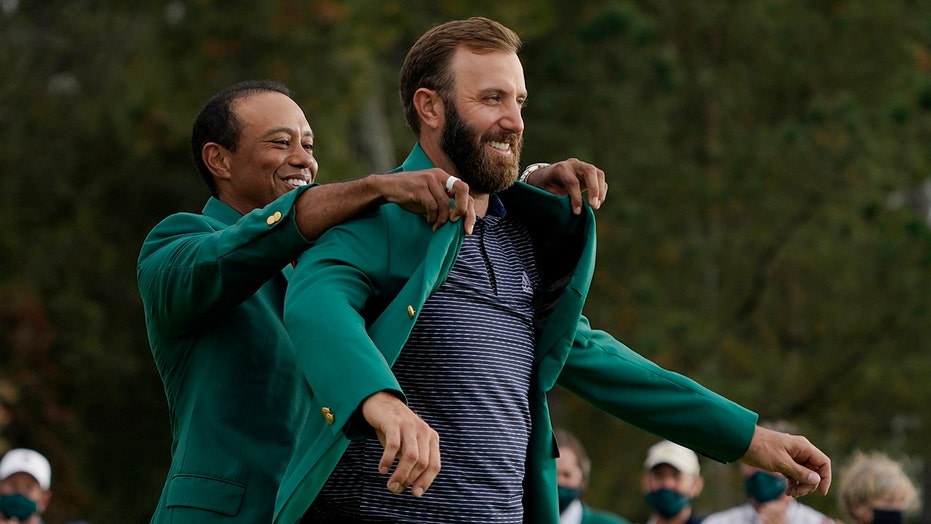 The record score at Augusta National wasn't all that set Dustin Johnson apart from other Masters champions.

No one else ever won the Masters and then didn't play in another tournament the rest of the year. No other Masters champion was allowed to keep his green jacket for only five months before it was time to try to win it again.

Then again, no one ever played the Masters in November.

Postponed last year because of the COVID-19 pandemic, the Masters is back to being that annual rite of spring — the first major of the year, not the last one — and so much about the 85th edition that begins April 8 feels almost normal.

Gone are the autumn hues of gold, orange and red in the trees, the brown leaves mixed in with the pine straw on the ground. Augusta National is blazing with pink and red and purple azaleas, accented by the white blooms of dogwood.

Inside the ropes — yes, there are ropes — is a course expected to play fast, firm and scary.

"I think it will be back to feeling like a normal Masters," Johnson said. "I’m definitely looking forward to that."

Along with the spring colors, the volume returns, though not to the same decibel. Augusta National had no choice but to keep the spectators away in November because of the pandemic, just like the other majors last year. The only witnesses to a master-class performance by Johnson were media, staff, club members and families.

It will be 144 days from when Tiger Woods helped Johnson into his green jacket until Johnson tees off in the opening round in his bid to join Woods, Nick Faldo and Jack Nicklaus as the only repeat winners at Augusta.

Woods, such a huge part of the Masters landscape, won't be around for this one. He suffered career-threatening injuries to his right leg and foot from his SUV running off the road along the coastal suburbs of Los Angeles on Feb. 23. It will be the fourth time in the last eight years that injuries have kept the five-time Masters champion from playing.

Augusta National has not said how many badges have been sold, only that they will be limited. Fans have slowly returned to golf in the last few months, with estimates of about 10,000 or more at places like Bay Hill and the TPC Sawgrass, enough to line the fairways to watch the marquee players.

That was missing at the last Masters.

"Without the patrons, it just wasn't the same," Jordan Spieth said. "Whatever percentage it will be, patrons that are there will make it feel like normal, even it's not at full capacity. I'm looking more forward to this one that I was maybe in November. But the Masters is the Masters. They give out a jacket at the end of it and it's a dream-come-true situation.

"It doesn't matter when it's played and who's there," he said. "It's you against the golf course and the field."

Neither stood much of a chance in November against Johnson.

The No. 1 player in the world, whose career had been defined as much by the majors he didn't win as the one he did, pulled away on the back nine for a five-shot victory. He finished at 20-under 268, the lowest score in tournament history. It was one of several records that were set in soft conditions, inevitable because the rye grass had not taken full root and the summer Bermuda had yet to go entirely dormant.

There were 65 rounds in the 60s. There were 187 rounds at par or better for the week. Both were records.

"DJ, I think, would have won whether it was like it was in November or April," Justin Thomas said. "He played far and away better than anyone else."

Johnson had such complete control that no one had a lower score than he did in three of the four rounds — another record. The crucial shot was his 8-iron to 6 feet away on the top shelf at the par-3 sixth that gave him the cushion he needed. The most bizarre shot was his 6-iron on the par-5 13th that he purposely played along the ground so the moisture on the grass would clean the mud off his ball. It really was a stroke of genius.

He lost control only when it was over, so overcome with emotion he couldn't speak. A month later, when asked the best part of winning, Johnson smiled wide and said, "Masters champion forever."

"Hold on," he added. "And I get to go to Augusta for the Masters forever. I'm going to play as long as I can compete."

As for that green jacket?

In that sense, he had reason to feel shortchanged. But he doesn't.

"It wouldn't bother me if I only had it for a day. It would be OK. I've got one," he said. "And five months, a year, one month, one day, it doesn't really make a difference to me."

Johnson, who holds another Masters record with 11 consecutive rounds under par dating to the second round in 2019, is not the only player seeking to join elite company. This will be the seventh straight year Rory McIlroy shows up at Augusta National needing to win the Masters to become the sixth player with the career Grand Slam.

For the 13 players who made their Masters debut in November, they return to the "normal" Masters in April and in many ways will experience it for the first time.

"Last year I was playing with Jon Rahm in the last round and he told me it won't be the same," Sebastian Munoz said. "So I'm looking forward to debuting again."

Rahm recalls hitting 4-iron into the par-5 15th that landed just short of the hole and wound up 3 feet behind. Any other Masters, he figured a shot struck like that would have bounded over the green and into the water on the 16th hole. He said he told Munoz, "Anything you learn today, this week, forget about it."

"Because it will never play like this again, period," Rahm said.

It still depends on the weather, typical of most majors. Spieth won at 18-under par in 2015. Danny Willett won at 5-under 283 the next year.

Both were in April, of course.