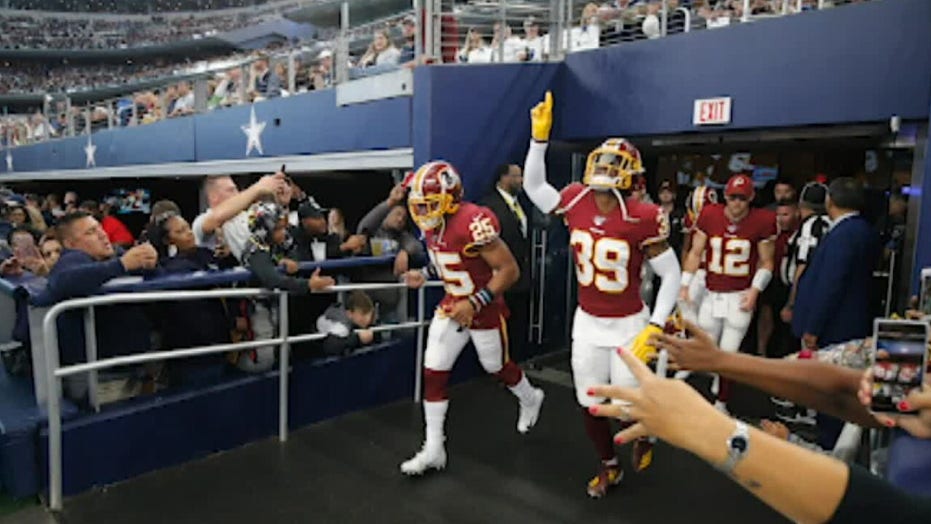 Richard 'Doc' Walker, a former tight end who played for the Washington Redskins from 1981 to 1984, has recently garnered some attention with his suggestion for a new name for his old team.

A former Washington Redskins player said Wednesday that there is an “easy" fix to changing the team’s name, which has recently been in the spotlight because of its racial connotations.

Doc Walker, a former tight end who played for Washington from 1981 to 1984, told NBC Sports Washington there’s one name the team can go to right now.

“The Warriors. It's so easy,” Walker said. “All you have to do is put the arrow back on the helmet. You don't have to change anything else. Warriors on the warpath, fight for old D.C. It's that simple.”

The Redtails has also been a popular candidate on social media. However, Walker said he doesn’t think it would work given the political climate.

“I've heard Redtails. I've learned about them. That was cool for me to learn,” he said. “In this climate right now, let me see them sell that. I just think that at some point, you can't change and erase hundreds of years of neglect and racism in a month. It's just unrealistic that you can wipe everything clean with one swipe. It's going to be a struggle, but you do have to get the process started.”

DC MAYOR SAYS REDSKINS NAME CHANGE ISN'T TEAM'S ONLY HURDLE: 'I THINK THERE WOULD BE A LOT OF ISSUES'

Regardless, Walker believes that changing the name is the right thing to do.

Whether the Redskins end of changing the name or not, the team will reportedly not use any Native American imagery in their new logo.

Big-name retailers like Amazon, Walmart, and Target, as well as Nike and Dick’s Sporting Goods, have removed Redskins merchandise from their websites. Last week, FedEx – which holds the naming rights to the team’s Maryland stadium – formally requested a name change. FedEx CEO Fred Smith has an ownership stake in the team.

Washington said last week it would conduct a “thorough review” of the name.