Former Houston Astros manager A.J. Hinch apologized in a statement Monday for failing to do more to stop the sign-stealing scheme that took place under his watch during the 2017 season.

Hinch was fired moments after MLB levied a one-year suspension against him over the Astros’ sign-stealing scheme that Commissioner Rob Manfred said players concocted with the help of then-bench coach Alex Cora. Hinch said that he should have done more to stop the scheme.

EX-ASTROS GM JEFF LUHNOW DENIES KNOWING OF SIGN-STEALING SCHEME: 'I AM NOT A CHEATER'

“I appreciate Commissioner Manfred’s unwavering commitment to upholding the best interest of baseball. I regret being connected to these events, am disappointed in our club’s actions within this timeline, and I accept the Commissioner’s decision. 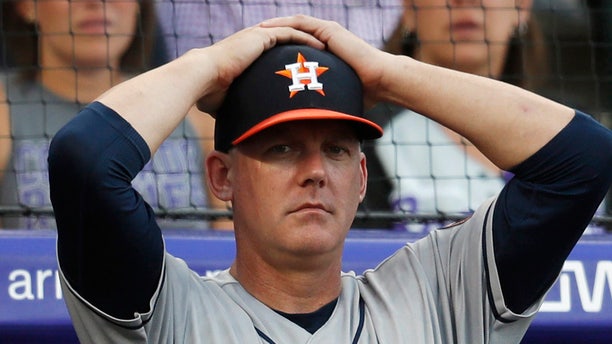 FILE - In this July 2, 2019, file photo, Houston Astros manager AJ Hinch reacts during a baseball game against the Colorado Rockies, in Denver. Houston manager AJ Hinch and general manager Jeff Luhnow were suspended for the entire season Monday, Jan. 13, 2020, and the team was fined $5 million for sign-stealing by the team in 2017 and 2018 season. (AP Photo/David Zalubowski, File)

“As a leader and Major League Manager, it is my responsibility to lead players and staff with integrity that represents the game in the best possible way. While the evidence consistently showed I didn’t participate in the sign stealing practices, I failed to stop them and I am deeply sorry.

“I apologize to Mr. Crane for all negative reflections this may have had on him and the Astros organization. To the fans, thank you for your continued support through this challenging time – and for this team. I apologize to all of you for our mistakes but I’m confident we will learn from it – and I personally commit to work tireless to ensure I do.

“My time in Houston has provided some of the greatest moments in my career and those memories will always be near and dear to me and my family. I regret that my time with the Astros has ended, but will always be a supporter of the club, players, and staff I’ve had the privilege of working alongside. I wish them the best in the future of the game I love.”

General manager Jeff Luhnow was also fired in the wake of the controversy. He said in a separate statement that he did not have any knowledge of the scheme and vowed that he was “not a cheater.” 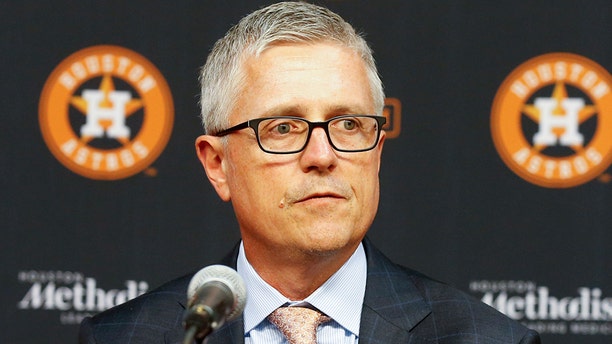 Jeff Luhnow, general manager and president of baseball operations for the Houston Astros addresses the media as he introduces players acquired at the trade deadline at Minute Maid Park on August 2, 2019, in Houston, Texas. (Photo by Bob Levey/Getty Images)

As part of the punishment, Houston also loses its first- and second-round draft picks for the 2020 and 2021 drafts and will be fined $5 million, according to The Athletic. Former Astros assistant general manager Brandon Taubman will be placed on baseball’s ineligible list.

“I find that the conduct of the Astros, and its senior baseball operations executives, merits significant discipline,” Commissioner Rob Manfred said as part of the ruling. “I base this finding on the fact that the club’s senior baseball operations executives were given express notice in September 2017 that I would hold them accountable for violations of our policies covering sign stealing, and those individuals took no action to ensure that the club’s players and staff complied with those policies during the 2017 postseason and the 2018 regular season.

“The conduct described herein has caused fans, players, executives at other MLB clubs, and members of the media to raise questions about the integrity of games in which the Astros participated. And while it is impossible to determine whether the conduct actually impacted the results on the field, the perception of some that it did causes significant harm to the game.”

Hinch and Luhnow are banned every major, minor or spring training facility as part of their suspension.