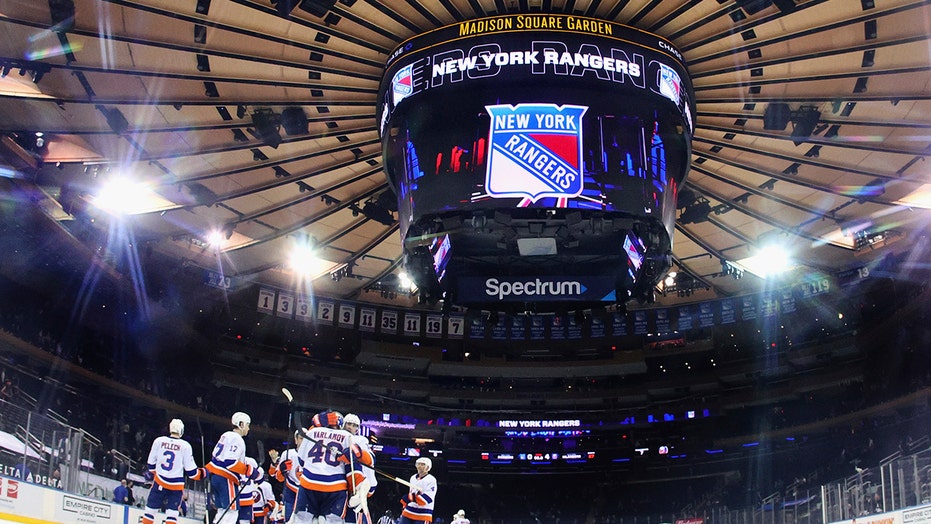 It was the second night of a back-to-back and the Tampa Bay Lightning's 10th game in 18 days and the defending Stanley Cup champions just didn't have it.

"Everybody’s tired," coach Jon Cooper said after that loss to Carolina. "Not just our team — all the teams."

Fatigue has set in around the NHL with teams playing 50 games in just over 100 days as part of a condensed schedule that's proving even more demanding than players expected. The 56-game schedule squeezed between mid-January and mid-May has taken its toll, leading to plenty of mental mistakes and wear-and-tear injuries for those gutting through the grind.

Just in time for the playoffs, too.

The teams in playoff contention all have a handful of games left before the postseason, which is just the trick for igniting energy levels for even the most worn-out and banged-up veterans. Hurricanes coach Rod Brind'Amour is glad "there's a finish line now."

Getting there has been the hard part.

"We can all agree it’s been pretty tiring," Edmonton forward Ryan Nugent-Hopkins said. "Every team’s going through it. We knew going in that it was going to be a bit of a grind of a season, and we’ve stayed with it."

Not without some stumbles along the way. Virus-related postponements mangled the schedule of just about every team in the league, including Vancouver, which missed more than two weeks and still has nine games to play through May 19.

The rest of the NHL will be into the first round of playoffs by then, which is close enough to taste now. New York Islanders coach Barry Trotz likened it to running a marathon and getting to that final turn.

"We are getting more and more excited for (the playoffs), and I feel that helps us," Minnesota's Kevin Fiala said.

Contenders are hoping to get healthy by the playoffs. Tampa Bay expects to get Steven Stamkos back from his injury, and 2019 MVP Nikita Kucherov could be ready to go by Game 1 after missing the entire regular season following hip surgery.

Washington has been without Alex Ovechkin for all but 39 seconds for well over a week. Pittsburgh just got Evgeni Malkin back from a six-week absence. Florida has had a laundry list of injuries and still managed to clinch a playoff berth for the first time in five years.

"Guys have been very good about trying to stay fresh and trying to stay rested," coach Joel Quenneville said. "We try to manage our ice time as best we can as opposed to going to practice on a day where we know that, hey, there’s not a lot of excitement in going and putting our skates back on. We’ve elected the latter half of the schedule here to have some days off and keep ourselves fresh, have morning skates and reinforce our team structure in games in video."

Some of the grind is mental, and it's especially challenging for the many players who left family back home because the season started so late, travel restrictions are in place and there are so many games in such a short period of time. Washington defenseman Zdeno Chara is one of them, and he said his wife and kids staying back in Boston has been the toughest part of his season.

"I think we’re trying to do our best with the technology we have available these days," Chara said. "Obviously with the FaceTime and phone technology, you can be in touch daily. It’s different not being with them at home. Those are the sacrifices we talked about before I made that decision (to sign in Washington), and so far it’s been working."

After some fits and starts and juggling of the schedule, the NHL has worked well enough to get through its season during the pandemic. While there are questions ahead about how to handle the four Canadian teams that make the playoffs and potential border concerns, players and coaches are glad they've been able to get through the season.

"We’re happy to do it," Brind'Amour said. "The alternative is worse: not playing. You’ve just got to make do with it."