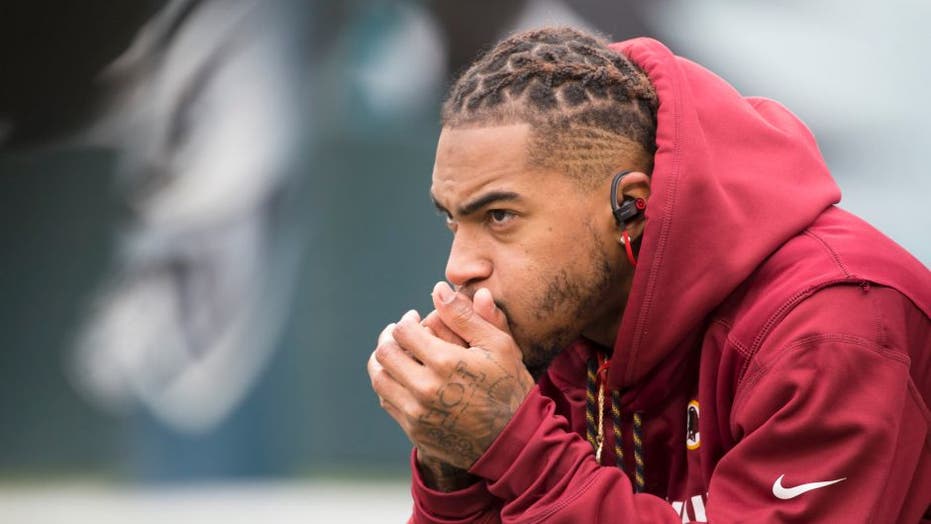 Philadelphia Eagles wide receiver DeSean Jackson had an idea to give fans a treat at home if they cannot get to the stadium this season because of the coronavirus pandemic.

Jackson said Friday on his teammate Lane Johnson’s “Outside the Lane” YouTube show the NFL should consider putting a mic on players on the field as opposed to broadcasts pumping in artificial crowd noise.

“It’s going to get crazy, I think they should, though,” the veteran wide receiver said. “They should give the fans the inside to really see what goes on between the white lines. It gets crazy, bro. I know in the trenches it gets crazy, and I know out there on the outside it gets crazy too with the conversations we going back and forth on.”

The NFL plans to start the season on time but has not addressed whether there will be fans in the stadiums.

The Miami Dolphins is one of the teams who has made contingency plans should fans be allowed into Hard Rock Stadium this season.

Dolphins CEO and President Tom Garfinkel revealed the plans on ABC’s “Good Morning America” last month. The mock-ups showed different colored spots around Hard Rock Stadium to designate how far apart fans would need to be away from each other as they enter the stadium.

“We would have times to come in for security at different gates so people would be separated out, in terms of when they enter the stadium,” Garfinkel said. “We would exit the stadium much like a church environment, where each row exits so people aren't filing out all at the same time in a herd.”

Part of the plan, Garfinkel said, would have fans all wearing masks and order food from their seats. Instead of waiting in line for their food and drinks, they would go upstairs when their orders are ready.

Garfinkel said the plans were not yet finalized.

“When our fans, players and staff are able to return to Hard Rock Stadium, we want them to have peace of mind that we're doing everything we can to create the safest and healthiest environment possible,” Garfinkel said. “We didn't want to create our own standard, we wanted to be accountable to the most credible third-party standard that exists."

Hard Rock Stadium, which was the host site for Super Bowl LIV, can hold 65,000 fans during a single game.