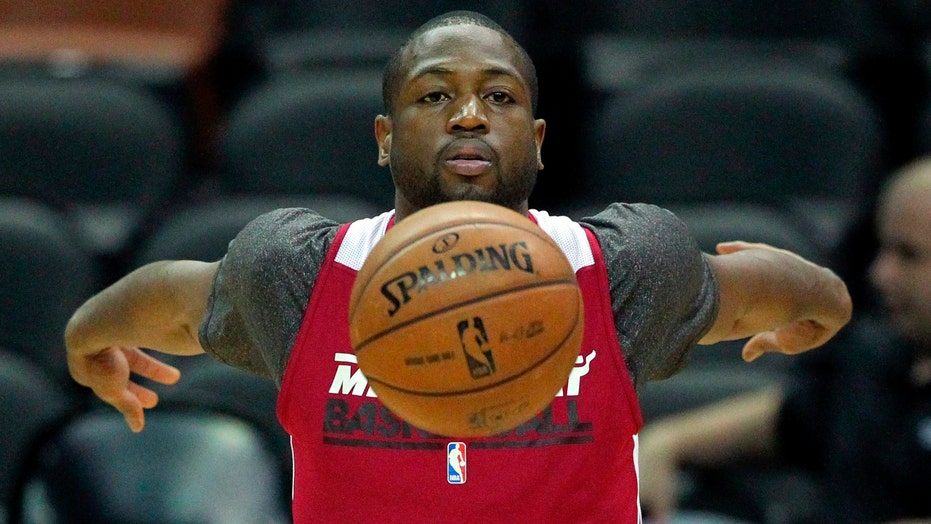 NBA legend Dwyane Wade offered an alternative way for the league to determine who plays on Christmas Day, which usually features some of the top teams.

Christmas Day games in the NBA are determined at the beginning of the season when the league announces the schedule for the upcoming year. At least two of the games -- the Houston Rockets vs. Golden State Warriors and New Orleans Pelicans vs. Denver Nuggets -- have already been marred by injuries to some of the teams’ star players, while the Lakers-Clippers matchup has a chance of players being hurt, as well.

On Monday, Wade offered an idea for how the NBA should determine games for one of the most-anticipated days for NBA fans.

"Christmas games should be earned. Let’s have an element of surprise in the schedule. The teams that are playing well are the ones that [need] to be playing on Christmas Day. Reward the teams just like we reward players with an in-season All Star game," Wade tweeted.

BUCKS BACK ON CHRISTMAS, LED BY MORE COMPLETE ANTETOKOUNMPO

The Miami Heat and Dallas Mavericks are two of the top teams in the league that will not be featured on Christmas, while the Warriors and Pelicans are at the bottom of the Western Conference.

It’s almost impossible to determine how injuries are going to hurt teams at the beginning of the year. Matchups announced in August may not look great come December. Though Wade might have some merit to his idea, it would be nearly impossible to surprise fans with Christmas games due to scheduling conflicts, season tickets and broadcasting rights.