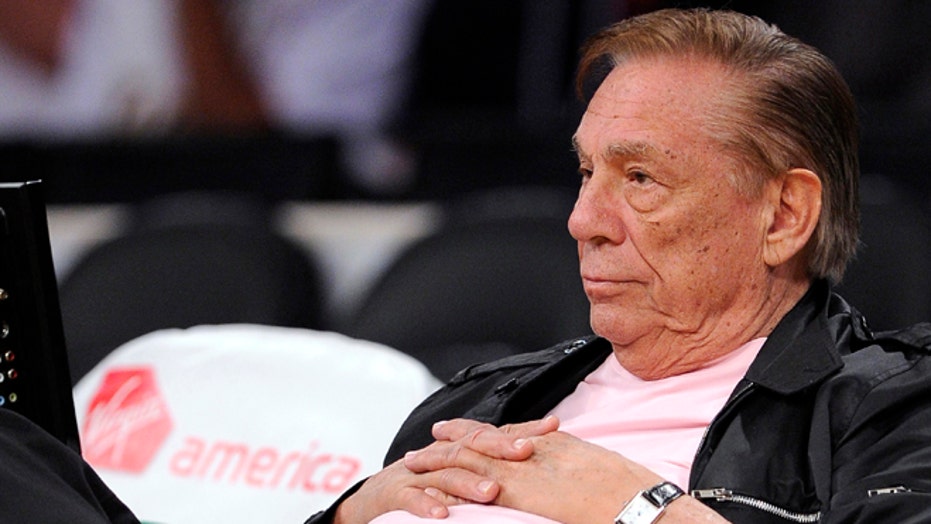 Rivers, the current coach of the Clippers who Sterling hired the same year, made the revelation in an interview with TNT’s Ernie Johnson. Rivers told the NBA announcer that “Donald doesn’t like white players” and that he nearly quit as the deal was allegedly being sabotaged.

UTAH'S CONLEY WAITING FOR NEWS, LIKE THE REST OF THE NBA

He said he learned that the deal was off, after verbally agreeing with Redick, in a conversation with team president Andy Roeser.

“He says, ‘The deal’s off.’ I say, ‘What do you mean the deal’s off?’” Rivers said, adding that he learned it had something to do with Redick’s race and that it was coming from Sterling.

“I said, ‘excuse me? ‘Donald Sterling said no.’” Rivers recalled. “I said, ‘well, we’ve already agreed.’ I’m in the garage at the Orlando Airport, Ernie, I get a call from Coach K [Redick’s coach at Duke], who is upset because of J.J. I get a call from J.J.’s agent [Arn Tellem], who's screaming at me.”

Rivers said he called Sterling and threatened to quit over it.

“I hang up, and I remember going home and telling Chris [Paul], ‘I think I don’t have a job.’”

Rivers said he later received a call from Roeser telling him the deal was back on.

Redick said in the newly released documentary “Blackballed,” which covers the days surrounding Sterling’s departure, he heard his deal was nearly nixed because of race.

“What had happened was, Donald Sterling woke up on July 4th,” Redick says, according to the New Orleans Times-Picayune. “At some point that day, he said, ‘You know, I think that’s too much money for a white guy. I don’t want to make that trade.’”

Redick played four seasons with the Clippers after signing a four-year, $27.75 million deal as part of a sign-and-trade agreement with the Milwaukee Bucks. He averaged 15.8 points per game during his time in Los Angeles.

About a year after signing Redick, a recording was released of Sterling telling his then-girlfriend V. Stiviano he was mad that she posted pictures of herself “associating with black people.” Sterling was forced to sell the team over the backlash. Former Microsoft CEO Steve Ballmer bought the team in 2014 for $2 billion.