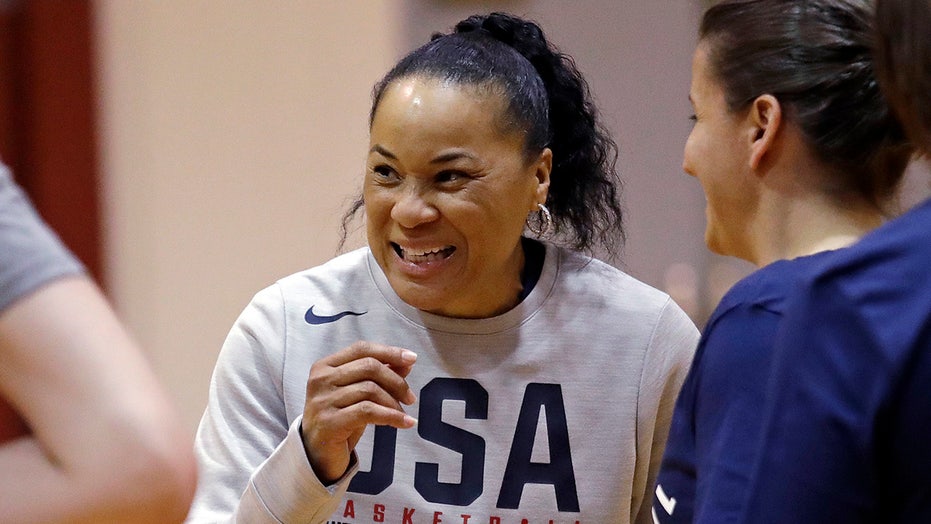 Dawn Staley is a Basketball Hall of Famer, six-time WNBA All-Star and a national champion as a coach for the South Carolina women’s basketball team, and now has her sights on the NBA.

Staley told The New York Times on Monday she believes she could be a head coach in the NBA after having success playing and coaching in the sport. Staley is reportedly in the running for the recently opened Portland Trail Blazers job – along with fellow WNBA alum Becky Hammon.

"There are a lot of women good enough" to coach in the NBA, Staley told the newspaper.

"I come with a lot of credentials. I surely have the confidence. I surely can stand in front of men and lead them. First Team All-Stars. MVPs. I’m OK with that," she added.

Staley said that with the potential of becoming a head coach in the NBA comes scrutiny. She knows that one false move and she would be the focal point of talk shows and back pages.

Staley played point guard at Virginia before the Charlotte Sting selected her in the first round of the 1999 WNBA Draft. She played more than five seasons with the Sting before she was traded to the Houston Comets in 2005. She retired at the end of the 2006 season.

Staley’s coaching career started with Temple and led the Owls to four conference titles and six NCAA Tournament appearances. She got the Gamecocks job in 2008 and turned the school into a powerhouse program.

South Carolina knocked off Stanford in the semifinals and Mississippi State in the final in 2017 to win the first national championship for the school.