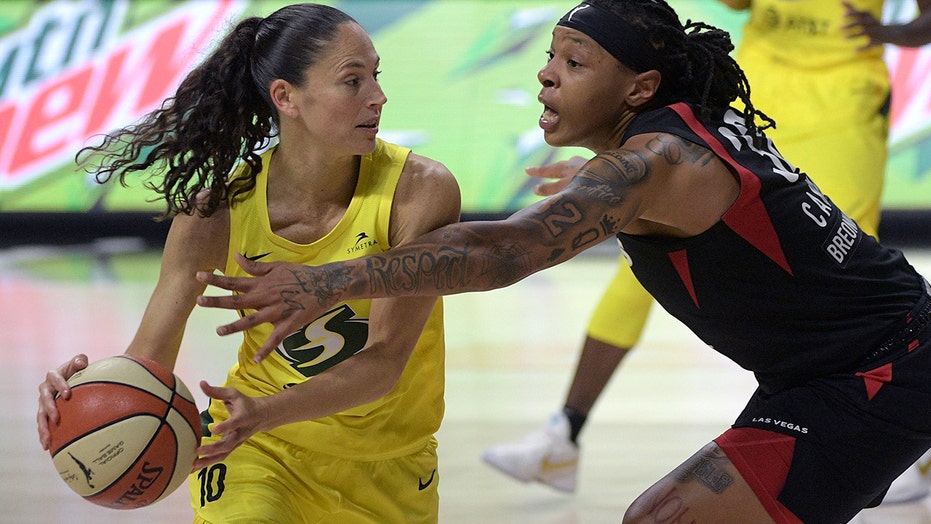 When it comes to the public’s perception of female basketball players versus their soccer counterparts, Seattle Storm guard Sue Bird believes she knows why support sways one way over the other.

“To be blunt it’s the demographic of who’s playing. Women’s soccer players generally are cute little white girls while WNBA players, we’re all shapes and sizes: a lot of Black, gay, tall women. There’s maybe an intimidation factor and people are quick to judge it and put it down,” Bird told CNN in an interview Sunday.

Bird, who recently won her fourth WNBA championship, has been dating US soccer star Megan Rapinoe since 2017. Earlier this month, Rapinoe addressed the differing perceptions between the sports in an essay for The Players’ Tribune.

“When it comes to U.S. women’s soccer, the general perception is that — let’s face it — we’re the white girls next door. The straight, ‘cute,’ ‘unthreatening,’ ‘suburban’ white girls next door. It’s not actually who we are — the WNT’s racial diversity, though not yet where it needs to be, is improving every year And, you know, breaking news….. I’m gay. But by and large, that’s the perception. And it’s certainly how we’re marketed to a lot of people,” Rapinoe wrote.

Recognizing both the praise and coverage she and her teammates received upon winning the 2019 World Cup, Rapinoe then pressed, “Where’s that same energy for the best women’s basketball players on the planet??

“Where’s that energy for the women’s sports that — instead of scanning cute and white and straight — scan tall and black and queer??”

Bird added Sunday that the problem stems from the public failing to embrace athletes outside of the stereotypical “girl next door” mold.

“The problem is, it’s not the marketing per se, the problem is how society and the outside world is willing to accept ‘the cute girl next door,’ but not willing to accept or embrace or not judge these basketball players who are tall, black, gay. That’s kind of, to me, where the issue is.”

To Bird, it’s staying authentic above all else.

“You have to be true to who you are and be authentic,” she said. “We are representing all that we are. We’re representing every day the values that we want to push forward in our world. And I feel like you could go to bed at night and sleep well knowing you’re being true to yourself. And that’s more important than anything.”