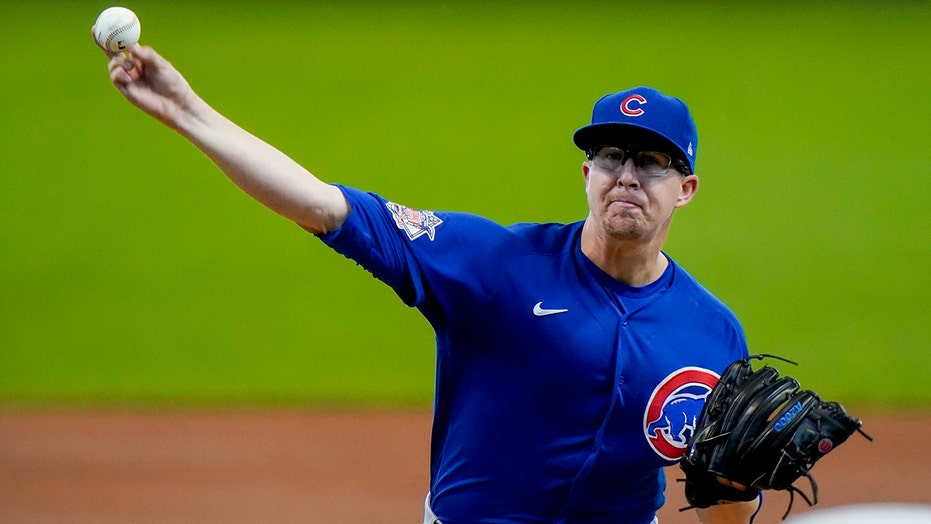 In the nine-inning performance, Mills had five strikeouts and three walks. The Cubs defeated the Brewers, 12-0. Chicago moved to 28-20 on the year and Milwaukee fell to 20-28.

PHILLIES' ZACK WHEELER SUFFERS FINGER INJURY WHILE GETTING HIMSELF READY: 'YOU CAN'T MAKE THIS UP'

Mills was credited with his fifth win of the season. It’s the 16th time a Cubs player has pitched a no-hitter in the franchise’s history. He got an abundance of offense.

David Bote was 1-for-3 but hit a two-run home run in the fifth inning of the game. He finished with a total of three RBI. Victor Caratini had three RBI as well. Ian Happ and Jason Kipnis contributed two RBI each.

Chicago was able to get the better of Adrian Houser in the first four innings. Houser allowed seven total runs on four hits. He was charged with two earned runs. He struck out five batters.

Mills will now be etched the record books with the no-hitter. Mills had 32 strikeouts and a 4.74 ERA coming into the game against the Brewers.

Earlier in the year, Lucas Giolito of the crosstown rival Chicago White Sox tossed a no-hitter. He struck out 13 batters and walked one.